Golf rules: Is this a bunker? What constitutes a bunker?

Is this a bunker? What do the golf rules officially say about bunkers? Find out here. 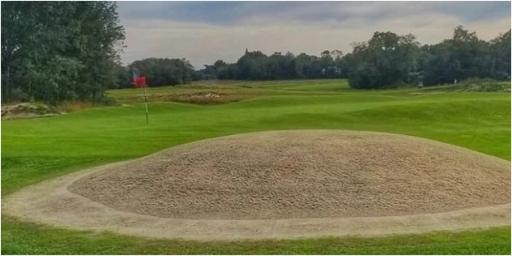 Golf rules. Those are two words that provoke so much discussion in clubs around the world.

There are hundreds upon hundreds of golf rules and understanding them and applying them can be difficult at times.

At GolfMagic, we get sent hundreds of questions and at this point we have seen pretty much everything.

From seeing players hit shots off icy lakes, off lilypads to scooping the ball over your shoulder on the green.

This latest one is also quite interesting and has already provoked a lively debate.

Related: Can I tee my ball up like this?

Watch: Phil Mickelson smash a driver out of a fairway bunker

The answer, at least in my opinion, isn't immediately obvious.

As per the rules of golf, a bunker is: A specially prepared area of sand, which is often a hollow from which turf or soil was removed.

So in answer to the question: yes this is a bunker. Heaven knows the arguments from golf club members about inverted bunkers.

Of course, there were a few people in the comments who think this is still sketchy.

"I still wouldn't be able to get out"

Struggle with bunkers? Check out this bunker masterclass.