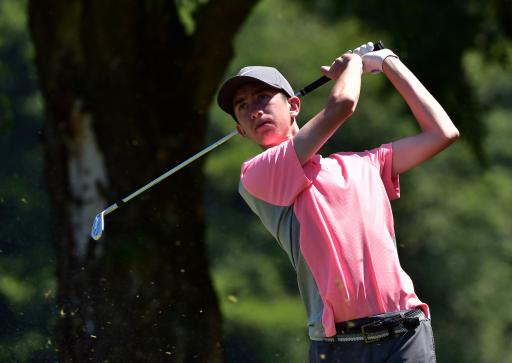 The ISPS Handa World Invitational, presented by Niall Horan's Modest! Golf company, has attracted global names from both the men and women’s games but there are also a number of elite amateurs looking forward to the opportunity to tee it up alongside the professionals.

A host of amateurs are in line to compete in the inaugural ISPS Handa World Invitational with a handful of overseas players added to recognised names from Ireland.

The name Tom McKibbin needs little introduction around these parts, for despite still only aged 16, he has been winning Junior tournaments around the world for years. Tom is one of eight male amateurs set to compete at Galgorm Castle and Massereene.

“I’m very grateful to have got the call from Modest! who invited me to play in this year’s ISPS Handa World Invitational. Obviously I had no hesitation in saying yes,” enthused the Royal Belfast student, who has mixed sitting his GCSE exams with golf in recent times.

“The last month has been pretty crazy. I’ve been in places like America, France and Austria competing and only been home for a couple of days. It’s a really busy part of the season, but then I had to take a month off to do my exams.”

McKibbin was reluctant to add that on his travels he won the Junior Invitational at Sage Valley in the States and also secured the prestigious Peter McEvoy Trophy from a play-off at Copt Heath in England. McKibbin will arrive at Galgorm and Massereene fresh from representing Ireland at the Boys Home Internationals at Ashburnham Golf Club in Wales.

“I can’t wait to play. The Home Internationals in Wales will be good preparation for Galgorm,” added the plus three handicapper who plays out of Holywood and Galgorm Castle Golf Clubs. “These opportunities to play alongside the professionals are great markers to see where your game is.

“I’ve been lucky enough to play in a few pro events already (including the NI Open at Galgorm). Each time you play, you know immediately what you have to do to improve because they all play at such a high level.

“I’ve played enough tournaments now that I don’t really get nervous anymore. I just turn up and try to play my own game. I’d love to go well, play as best as I can. To make both cuts, that would be a good goal for the week.”

It remains to be seen if dad Robin will be on the bag for tournament week.

“Tom should be ok; he knows both courses well. It’s almost as if Tom has outgrown me. I’m literally a bag carrier for him if he needs me as a caddie,” quips dad, who along with wife Sara will be supporting their son.

Other key names looking forward to tournament week will be Jessica Ross and Colm Campbell, who both booked their place by winning the first staging of the Ulster Strokeplay Championship back in May.

The pair had contrasting fortunes on their way to victory with Ross blowing the field away as the Clandeboye golfer won by 12 strokes from her nearest challenger Maeve Cummins from Lurgan.

Campbell endured a long layoff with a hand injury but returned to winning ways with a two-stroke win from Carton House’s Marc Boucher.

He said at the time: “I had a tough 2018 and struggled with injury and I also lost my grandad, who I was very close to. He was always a great supporter and this one’s for him. I’m glad to be back playing and it was really nice to get another win under my belt and get the chance to play alongside the pros.”

Ross, who started working full time as a chemical engineer this year, added: “I’m delighted, I’ve never played a professional event before so it will be cool to see how my game matches up with the world’s best.

“The new ISPS Handa World Invitational is a brilliant format, especially for the women’s game. It’s great to see men and women competing at the same venue at the same time.”

For more information and to buy tickets visit www.worldinvitational.golf