The 150th Open Championship will return to the home of golf in 2022. 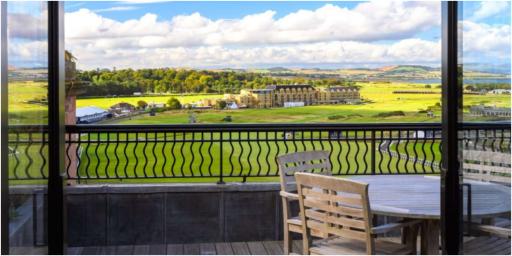 A flat overlooking the iconic Old Course at St Andrews has been put up for sale for a whopping £2.8 million.

According to the Scottish Sun, the flat is located at the Hamilton Grand building at the home of golf.

That building offers exclusive two, three and four-bedroom apartments with views overlooking the Old Course and over the West Sands.

The flat - apartment 26 -  has been listed for sale by Savills which also contains two en-suite shower rooms.

MORE: DOES THIS ADVICE FROM RORY MCILROY WORK?

The 17th tee shot at the Old Course, St Andrews never gets old, not even for golf's greats. #SeniorOpen pic.twitter.com/qrK3brp4GH

There is also a massive area dining room area.

St Andrews is one of Scotland's most ancient towns and will host the 150th Open Championship.

The last time the tournament was played at the home of golf was in 2015 when it was won by the United States' Zach Johnson.

Collin Morikawa was crowned the 2021 champion golfer of the year with a stunning victory at Royal St. Georges in Sandwich.

The tournament was not played in 2020 because of the pandemic.

The price of the flat is the equivalent to 14,300 rounds of golf on the Old Course.

So not too much then.

NEXT PAGE: F1 DRIVER BLASTED OVER "TOO MUCH GOLF"