Brookdale Golf Club in Failsworth was vandalised by a group of youths, but police found an iPhone belonging to one of the alleged suspects. 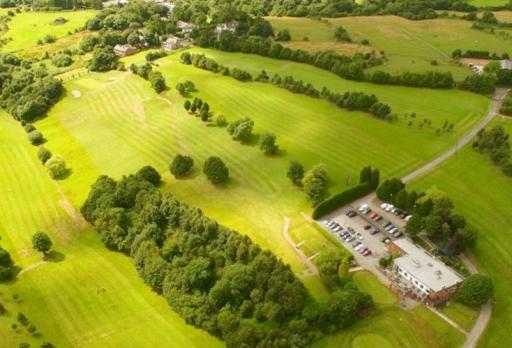 Police are searching for a group of youths who vandalised Brookdale Golf Club in Failsworth, Greater Manchester, who caused £4000 worth of damage, whilst also intimidating passersby.

The group caused a large amount of damage to both the course and its facilities and were allegedly shouting abuse and threats to those who walked through the grounds.

Officers from Greater Manchester Police have had a stroke of luck during their investigation, after a member of the group left behind an iPhone at the scene.

A picture of the phone was then posted on the GMP Failsworth and Hollingwood Facebook page, with a description of the incident.

The post read: "Over the weekend a large number of youths caused damage of up to £4,000 at Brookdale Golf Club, spoiling the facilities and intimidating members of the public.

"One of them was kind enough to leave behind an iPhone which is now in safe possession of Police in Oldham.

"If it belongs to you, or your child has complained of a lost phone, please get in touch with GMP and we will be more than happy to discuss."

Information about the incident can be passed to GMP by calling 101, or by contacting the independent charity Crimestoppers, anonymously, on 0800 555 111.

NEXT PAGE: Two major golf clubs SOLD in the United Kingdom over weekend