Dave Pelz Interview: Putting is not the most important part of golf

The short game is the one area you can match the pros, says Pelz 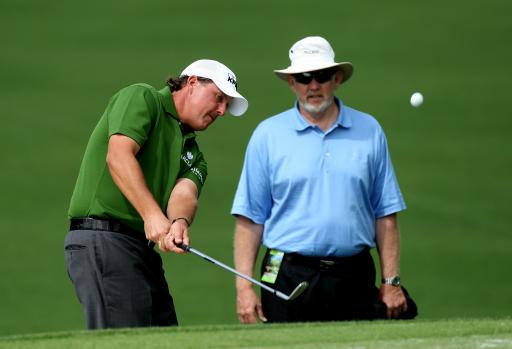 Pelz is a Srixon/Cleveland staffer

GolfMagic caught up with legendary golf coach and short game master Dave Pelz at the 2017 PGA Show in Orlando.

Since 2014, Pelz has been a Srixon/Cleveland staffer.

"If you hit great putts from 40-50 feet, they won’t go in – you can’t read the green well enough. You hit a perfect wedge, you save a stroke.

You'll never drive it like DJ - but you could own a wedge game like him, says Pelz

Say I'm hitting monumental drives, I still need to hit a good wedge shot to pick up a shot. If I'm hitting bad drives, with a good wedge game I can save par. If you’re going to hit good shots, do it with your wedge!

I think my biggest impact on the game is getting people to concentrate on the short game. Wedge play and putting is the most important part of the game, and the best thing is that everyone can do it. You could practice for the rest of your life and you won’t hit it over 320 yards – you’ll never hit it like Dustin Johnson.

If you let me fix you up with Cleveland wedges and let me give you a lesson for one day a month for six months, in one year you could be a better wedge player than DJ.

That’s what made him a great player - working on his wedge game. Phil Mickelson loves to play with DJ, and Dustin is always asking Phil questions about wedges. He went away and worked on it, and now he’s one of the best players in the world when his wedge game is good.

If you let Phil hit DJ’s wedges, he’d be unbeatable. No one would ever get close to him.

It’s the one area where amateurs can match the pros."