Andrew "Beef" Johnston is one of the most popular players in European golf and he admitted a large offer from LIV Golf would be hard to turn down. 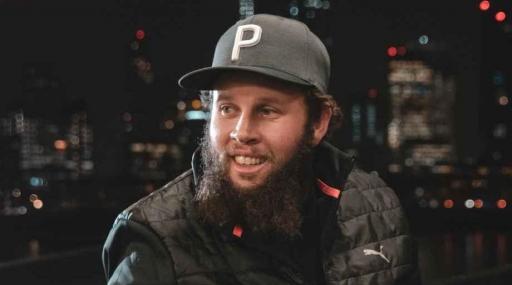 DP World Tour winner and fan favourite Andrew "Beef" Johnston admitted that he would have to consider an offer from LIV Golf if one came his way.

Speaking on the Stirkers and Radar podcast, Johnston spoke of his sustained injury period and his inactivity would make a big-money offer from the Saudi-backed series hard to ignore.

The Englishman hasn't played on the DP World Tour since the Portugal Masters in November due to a thumb injury and as a result, he has fallen to 370th in the world rankings.

Despite winning the Real Club Valderrama Open de Espana in 2016, one of Johnston's best weeks came at The Open of the same year when he thrilled the crowd at Royal Troon to come outright eighth.

It is these weeks at the major championships that are also in Johnston's mind and one day, he would like a tilt at the Ryder Cup but this would be jeopardised if he moved to the LIV Golf tour.

"From my perspective, I've got an injury now and I've been out for a year. If you get offered £10m, how do you turn that down?" Johnston said.

"In other worlds, how would you feel if someone came along and offered you X amount to do the same job. You'd have to consider it, right? Financially it's great, but that's the only reason you're going.

"When it comes down to your values and why you play golf, that's where it gets very difficult for someone like me, because you go, 'Hang on, I'll never play another major again'.

"If you can't play the majors and the big tournaments with all the history, people are going to miss that. That's another question that goes through your head.

"The experiences that I've had at some of the majors have been amazing. When you go and tee up at The Open or in the US, they are incredible and are memories that last forever.

"If I'm fit and healthy for the next 10 years, I'd be playing majors, Ryder Cups hopefully, because you cannot buy that experience."

Many players have made these considerations that Johnston speaks of and opted with LIV Golf. Phil Mickelson, Bryson DeChambeau and Ian Poulter are three players to do so and have now filed a lawsuit against the PGA Tour over their suspensions.