LIV Golf players Talor Gooch, Hudson Swafford and Matt Jones are reportedly not allowed on site at TPC Southwind until their legal position is sorted out. 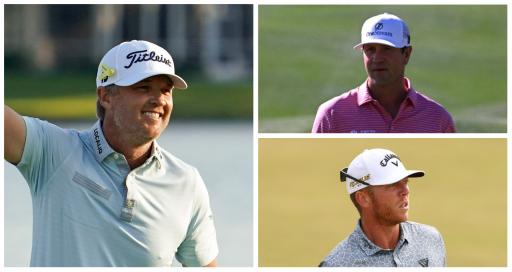 PGA Tour bosses are reportedly refusing to allow LIV Golf players Talor Gooch, Hudson Swafford and Matt Jones on the grounds of TPC Southwind ahead of the FedEx St. Jude Championship whilst their legal position is being sorted out.

Gooch, who previously turned heads when talking about LIV, Swafford and Jones will find out early next week if they will be allowed to compete in the FedEx Cup Playoffs.

They have filed a temporary restraining order (TRO) against the PGA Tour. It was part of a wider antitrust lawsuit.

According to Sports Illustrated, the PGA Tour reportedly said "no" when asked if these players would be welcomed on site while the TRO is being adjudicated.

Gooch, Swafford and Jones are expected to attend the court in person next Tuesday in San Jose.

Last week marked the first stages of what is expected to be a lengthy legal battle. Phil Mickelson, Bryson DeChambeau, along with the aforementioned trio, and eight others have filed an antitrust lawsuit.

There were some bombshell revelations within the lawsuit. Chief of which was the fact that Mickelson has been suspended by the Tour for allegedly trying to recruit players to the controversial Saudi-financed circuit.

There were also some interesting WhatsApp conversations revealed between Sergio Garcia and Greg Norman, the LIV Golf Investments chief executive.

PGA Tour commissioner Jay Monahan has hit back with this explosive memo in light of the litigation.

Monahan claims that LIV Golf is not "healthy competition".

In the memo, he wrote: "We have been preparing to protect our membership and contest this latest attempt to disrupt our tour, and you should be confident in the legal merits of our position,' Monahan wrote.

"Fundamentally, these suspended players - who are now Saudi Golf League employees - have walked away from the tour and now want back in.

"It's an attempt to use the tour platform to promote themselves and to freeride on your benefits and efforts."

In a statement to the publication, LIV Golf said: "The players are right to have brought this action to challenge the PGA´s anti-competitive rules and to vindicate their rights as independent contractors to play where and when they choose. Despite the PGA Tour's effort to stifle competition, we think golfers should be allowed to play golf."

DeChambeau, in particular, also claims that he "personally knows" that the legal situation will be resolved soon.

He also used an interesting analogy when talking about the situation in an interview with Tucker Carlson of Fox News.

The 2020 U.S. Open champion claims that it will be resolved in the court room or the PGA Tour will come to the negotiating table.

In other news, it has been alleged that Augusta National chairman Fred Ridley "personally instructed" a number of participants in the 2022 Masters not to play in the LIV Golf Invitational Series.

Next page: Rocco Mediate is furious with the LIV Golf players