Brooks Koepka is the latest big name to be linked with a move to LIV Golf. 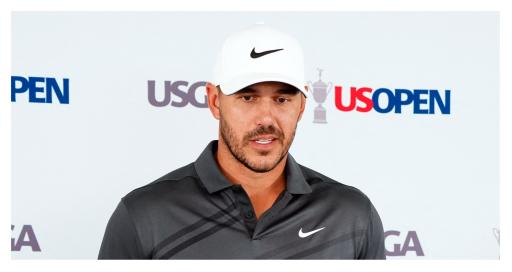 Perhaps it could be nothing, but Brooks Koepka's latest Twitter activity suggests he could be off to LIV Golf.

The four-time major champion has dropped PGA TOUR from his bio on the social media platform, possibly hinting at his future plans.

Koepka, 32, has not played too much golf this season. He made the cut at the US Open but endured a torrid weekend.

Earlier in the week, he was involved in a tense press conference where he said the media were casting a "black cloud" over proceedings.

Koepka said he had not given his future "much thought", insisting that he was trying to focus on playing the major.

He added: "I don't understand. I'm trying to focus on the U.S. Open, man. I legitimately don't get it. I'm tired of the conversations. I'm tired of all this stuff.

"Like I said, y'all are throwing a black cloud on the U.S. Open. I think that sucks. I actually do feel bad for them [the USGA] for once because it's a shitty situation. We're here to play, and you are talking about an event that happened last week."

Koepka's younger brother Chase, 28, has signed up to LIV Golf.

Brooks said at the US Open that he would love and support his brother with whatever choices he makes in his life.

So Koepka is either obnoxiously trolling golf fans during the most volatile time in modern golf history….. or he’s going to LIV.

Either way, he stripped “PGA TOUR” out of his bio. https://t.co/zxFDj0C9T4

He did not pocket any extra cash in the team event aspect.

He has called a press conference ahead of the Travelers Championship on Wednesday.

Monahan has suspended PGA Tour players indefinitely who have signed up to LIV Golf that have not resigned.

Bryson DeChambeau, who confirmed he had signed for LIV Golf last week before the US Open, said it would be "an honour" to play on the PGA Tour again but would not comment further.

He insisted his decision to turn his back on the PGA Tour was "a business decision".