Matt Fitzpatrick's younger brother Alex, who made his PGA Tour debut this season, has said no to the Saudi riches. 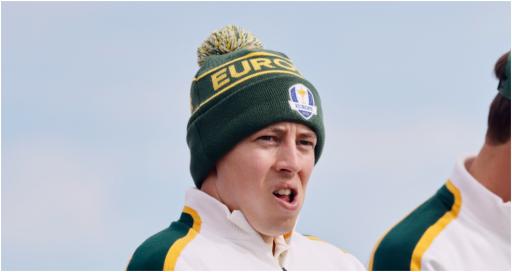 Matthew Fitzpatrick's younger brother Alex has turned down an offer at least $2million to participate in the LIV Golf Invitational Series, The Telegraph has reported.

In a report written by James Corrigan of The Telegraph, Alex, who made his PGA Tour debut earlier this season at the Valspar Championship, had to talk it over with his brother and parents.

Older brother Matt, who won the 2013 U.S. Amateur at Brookline, the venue of this year's U.S. Open, now reportedly wants to show him that he made the correct decision.

He described the situation as "weird" if his brother took the Saudi riches as he has already turned down their offer.

He told the paper: "I'm pleased Alex did say no. It was a hell of a dilemma for him. He chatted to our parents and then to me. It was a big offer and, to be honest, difficult to refuse."

Alex, 23, was on the bag for his brother's first big win. He received an exemption into his first PGA Tour start. His brother also played in that event and finished T-5. Alex shot 1-over par through 36 holes and missed the cut.

Matt added: "It would have been easy to take it. We don't come from a background where there was ever money like that.

"So tempting. But he looked at it, where the finance was coming from and what could happen, and decided to stick to the original plan.

"He'll turn pro when it's the right time for him and, if his ranking improves just a bit in these next weeks on the college circuit he will go straight to the Korn Ferry Tour.

"I'm glad about that. It would have been weird if he was on that league, after I'd turned it down."

The older brother said he was simply "not interested" when he received his invite into Greg Norman's league.

He is currently in the middle of a rich vein of form with six top-10s in his last 11 starts. In total, he has seven wins on the DP World Tour. He is still searching for his first PGA Tour victory.

Matt's appearance at Southern Hills this week will be his 25th major since turning professional.

In his interview with Corrigan, he revealed that he is sometimes mistaken for Rory McIlroy, claiming a fan once asked him in Mexico to sign an autograph.

The fan reportedly wasn't having any of it.

"I suppose I've really made it when someone mistakes Rory for me," he joked.