A LIV Golf caddie has blasted the PGA Tour, explaining that he previously felt "disposable" when he was looping on the established, American circuit. 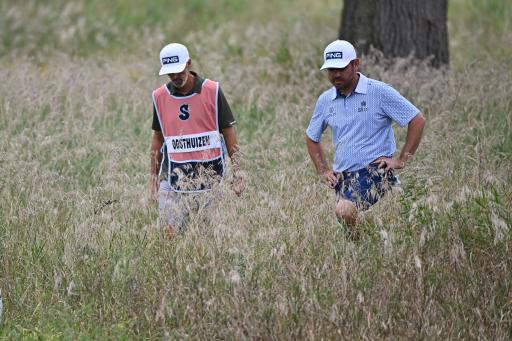 One thing shoved in our faces with the LIV Golf Invitational Series is the obscene amounts of money available at every turn.

Caddies are no exception to now living the high life. Take a look at the Instagram profile of Kevin Na's caddie Kenny Harms and you'll see just how much he is unashamedly posting his humble brags.

Just this week, before LIV Golf Bangkok, he filmed a behind-the-scenes clip of the five-star experience the LIV guys are being subjected to.

Brooks Koepka, memorably, also pointed out that the caddies "are now treated like human beings" when asked what were the key differences he noticed since decided to part ways with the PGA Tour.

Now, per a report by Golf Digest, an anonymous caddie has given a further insight into their experiences.

Related: 9 players who changed their mind about LIV Golf

Primarily, that lawsuit was down to the fact the caddies had to wear bibs emblazoned with sponsorship logos without being compensated and, they were reportedly threatened with expulsion if they failed to comply with putting them on.

Ultimately, that lawsuit was dropped after the PGA Tour agreed to increase their yearly medical stipend.

"But tour officials looked at us as disposable," wrote the anonymous caddie in Golf Digest.

They added: "LIV Golf clearly understands that plight and history because everyone I've met since we've joined has gone out of the way to do the opposite.

"LIV Golf arranges and pays for our flights. People are waiting for us at the airport. If we have a non-LIV event after our LIV commitment, they arrange for our transportation there, too. Hotels are paid for. The dining area and caddie locker rooms are better than what is made available to players at some PGA Tour events. Everywhere I go someone is asking, "How can we help you?" or "What can we do better?"

The caddie said that he did not get a cut of his player's signing on bonus.

"But I’m still taking home life-changing money and will get a cut of all the team and season-ending bonuses. If things continue to go the way they’ve been going, I’m going to make more in this shortened LIV season than I have in the past three years combined on the PGA Tour."