Happy Gilmore entered a U.S. Open qualifying event this week. This is how they got on. 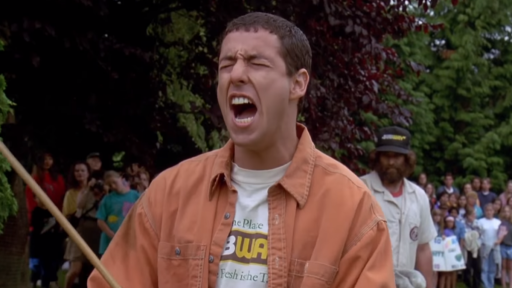 Happy Gilmore is perhaps one of the most iconic golf films ever made.

It is the source of much hilarity (or annoyance these days) on the range and on golf courses as players try their hands at the running bomb.

And it appears that one player has adopted the nickname.

This week, a real-life Happy Gilmore played in a U.S. Open qualifier at Old Oakland Golf Course in Indianapolis.

Gilmore shot an 8-over par 80 to finish T-50 after round one. The leader ended up shooting 5-under par as five players advanced to the next phase.

The real frustation for real-life Happy came at the par-4 seventh hole where he recorded an ugly 10 (just tap it in!) to really damage the scorecard.

Okay, so he's not really called Happy Gilmore. He was born Landon James Gilmore and adopted the nickname.

The nickname came when he started playing in golf tournaments at the age of five years old.

According to his website, he played US Kids Tour in his early years and then moved on to the Hurricane and Golfweek Junior tours.

In his early years he idolized Rickie Fowler and wore his famous all-orange PUMA outfit in most tournaments.

His favourite movie, of course, is Happy Gilmore.