11 players have filed an antitrust lawsuit against the PGA Tour over their "unlawful" suspensions for joining the LIV Golf Invitational Series. 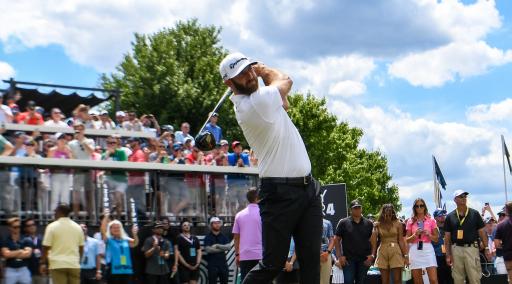 Young players on the PGA Tour were made to feel hugely anxious by the threat of lifetime bans for joining the LIV Golf Invitational Series.

According to the antitrust lawsuit filed against the PGA Tour by 11 LIV Golf rebels, one "star player" who was interested in defecting to the LIV Golf schedule before the threat said younger players were "sh*****g their pants" at the prospect of a lifetime ban.

The lawsuit says that the agents of players, including those of the 11 plaintiffs, were gathered at a tour event in February in Los Angeles (the Genesis Invitational) and were told by the tour that moving over to LIV Golf would bring a lifetime ban.

This was "a significant deterrent" for players not to join the Saudi-backed series commissioned by Greg Norman, despite the lawsuit describing the threats as "unlawful" and "brazen."

The document revealed that six-time major champion Mickelson was suspended by the tour on March 22 for attempting to recruit players to the LIV Golf Tour. He came 35th out of the 48 players in the series' third invitational at Bedminster.

According to the Wall Street Journal, Gooch, Swafford and Jones are trying for a temporary restraining order that would allow them to compete in the FedEx Cup Playoffs next week.

Tour commissioner Jay Monahan hit back at the lawsuit with a letter to the members who continue to remain loyal to the PGA Tour schedule.

"Fundamentally, these suspended players - who are now Saudi Golf League employees - have walked away from the Tour and now want back in," Monahan wrote.

"With the Saudi Golf League on hiatus, they're trying to use lawyers to force their way into competition alongside our members in good standing.

"It's an attempt to use the Tour platform to promote themselves and to freeride on your benefits and efforts."