LIV Golf players TUMBLE down the Official World Golf Rankings, and there is no sign of it stopping soon. 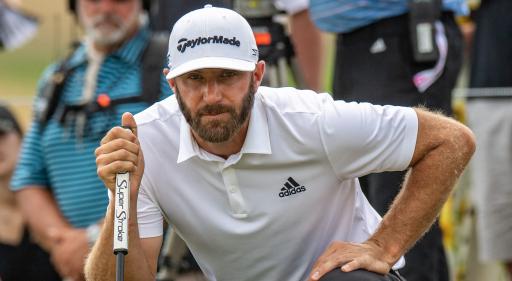 It might not exactly be surprising given LIV Golf tournaments do not receive Official World Golf Ranking (OWGR) points right now, but it's still rather eye-catching to see two former World No.1s in Dustin Johnson and Brooks Koepka slip to their worst rankings since 2015.

Two-time major champion Johnson, who has spent a total of 135 weeks as World No.1 through the years, now finds himself on the 21st rung of the ladder. The last time he found himself out of the world's top 20 was back in February 2015.

To give you some idea of Johnson's rapid decline, he was World No.3 at the start of 2022.

Johnson was a shock inclusion on the LIV Golf Tour ahead of their first tournament at Centurion Club in June.

It is understood that Johnson agreed to join LIV Golf in a huge $150 million deal.

The same story applies for Koepka, who has spent 47 weeks as World No.1 down the years.

Koepka, a four-time major champion, has been struggling to find any notable form all season and he has slumped from 16th to 25th in 2022.

The last time Koepka was 25th or worse in the world rankings was also in February 2015.

Koepka's haul of 47 weeks in the top spot puts him 10th in the all-time list.

Norman certainly wanted to make sure Rory McIlroy knew all about his 331 weeks as World No.1 when the Northern Irishman spoke out against him after winning the Canadian Open earlier this summer.

McIlroy, who remains on the PGA Tour, is fourth in the all-time World No.1 list having spent 106 weeks in the position.

The last time McIlroy was World No.1 was in February 2020.

LIV Golf CEO Norman has been fighting for OWGR points in their tournaments but as it stands right now there is no such luck.

A new OWGR formula came into play earlier this week, and it's fair to say it has not gone down well with some LIV Golf players.

Field strength in OWGR tournaments is now calculated a little differently, whereby players are now measured by a strokes gained / world rating that is based on actual scores adjusted for relative difficulty for each round played over a rolling two-year window.

OWGR recently refreshed their website as a result of the changes.

Scottie Scheffler is the current World No.1 and he has assumed the position for 21 weeks.

Cameron Smith is hot on his heels in second, but given he is about to join LIV Golf at the end of the month, the Open champion's ranking is set to change rapidly over the coming months.

Another notable LIV Golf player slide in the OWGR includes Bryson DeChambeau dropping from fifth at the start of the year to a current 33rd.

DeChambeau has not been in that position for over four years.

LIV Golf players Abraham Ancer and Louis Oosthuizen were both in the top 20 in the world at the start of the year, but they have both now fallen out of the world's top 20 to 23rd and 29th respectively.

Patrick Reed, who headed to LIV Golf in their second tournament in Portland, has also dropped out of the world's top 30 to 49th in the world.

The American played in an Asian Tour International Series event in Singapore last week, but he had a week to forget and he ended up losing points and dropping three rungs on the world ladder.

Reed is playing again on the Asian Tour this week in South Korea as he looks to make amends and pick up some much-needed OWGR points.

News emerged today that Reed is suing Brandel Chamblee and Golf Channel for defamation and is seeking $750 million in damages.

Some players who are now on the LIV Golf Tour now run a serious risk of missing out on the majors next season and beyond as a result of their lowly world ranking positions.

Perhaps things will change soon but the longer LIV Golf events go on without OWGR points then the worse it will get for their members.