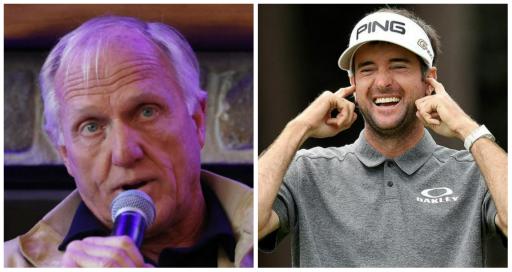 Especially since he fired this Tweet after seeing a news report about Salma al-Shehab - a Saudi women's rights activist -  being handed a 34-year prison sentence.

Per a report by The Freedom Initiative, which you can read here, the activist was also given a 34-year travel ban on top of her imprisonment.

The mother of two boys, aged four and six, had posted tweets calling for "basic rights in the country". It is the longest sentence given to a Saudi women's rights defender.

The Freedom Initiative are calling for her immediate release. "Tweeting in solidarity with women's rights activists is not a crime, and Saudi Arabia must be held accountable," they said in a statement.

Should l ask bubba to prey for her release? https://t.co/Zq6z3qu02j

Percy previously put golf social media into a bit of a frenzy when he confirmed that Cameron Smith, the 150th Open winner and second best player in the world, was going to join the LIV Golf Invitational Series alongside fellow Aussie Marc Leishman.

He later doubled down, posting this:

I was on the radio yesterday in Australia and l said it doesn’t look good for Leish and Cam going to LIV. My source is talking amongst other players. Not Cam and https://t.co/hlTdokweQO let me get back to my garden, it’s a mess.

The Telegraph later claimed Smith's deal was signed and sealed for a reported fee north of $100million.

Anyway, if you weren't away, Percy's dagger to Watson is a reference to what the two-time Masters champion said of his decision to join the controversial series, backed by Saudi Arabia.

Watson, 43, was claimed his wife "loved the idea" of LIV Golf and they decided to pray over the decision.

And would you believe it, Watson decided to join the series.

Like many other LIV defectors, he has been accused of being a hypocrite because he appears willing to accept money from Saudi Arabia to supposedly sportswash the Kingdom's global reputation through golf.

Watson has two adopted children with his wife Angela.

The family members of the survivors and victims of 9/11 have also consistently bashed the LIV players over their choices to play for the PGA Tour's rival. They have vowed never to go away.