LIV Golf executives are reportedly keen on accelerating their plans to move to 14 events by 2023 with 48 players under contract. 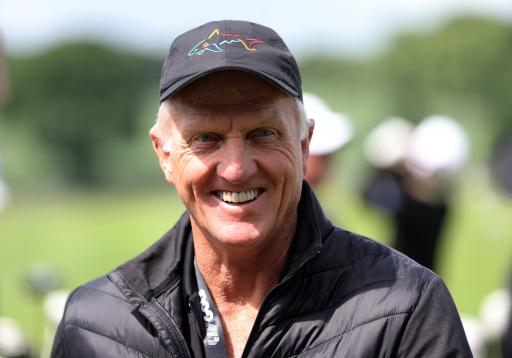 LIV Golf are reportedly wanting to accelerate the process of moving to a league format as early as 2023, according to a report by GolfDigest.

The publication report that the LIV Golf Invitational series, which is backed by the Public Investment Fund of Saudi Arabia, will also change its name to the LIV Golf League next year.

Initially, it had been reported that LIV Golf, which has eight lucrative events in the inaugural, global $255million series, would move to 10 tournaments in 2023.

Per the report, LIV Golf are keen to move forward at a much quicker pace owing to the success of the first $25million event at Centurion Club just outside London a few weeks ago.

It means that LIV Golf are now reportedly wanting to stage 14 events next year. It is also hoped that by this time they will have 48 players under contracts.

Then the “final product” will be rolled out in 2024. Currently, the format sees 12 teams of four made up from the 48 competitors. There is also an individual element.

There is also the idea that each team will become franchises which can be sold in order to make the business model more profitable and sustainable.

The biggest name players who have signed for up LIV Golf so far for dizzying sums of money include Phil Mickelson, Dustin Johnson, Bryson DeChambeau, Patrick Reed, Matthew Wolff and Kevin Na.

American players Koepka and Reed previously launched a scathing attack on the PGA Tour when explaining their decision to leave. “Listen to the players for once,” chimed Reed when asked if there was anything that could have prevented this.

Koepka also pointed to the fact the LIV Golf schedule is a positive for him because he gets to spend more time at home, but it is reported that he has committed to all of these LIV Golf events.

It has also been reported that Poulter and Westwood were among a group of 16 players who had issued threats of legal action against the DP World Tour due to their suspensions and fines from the former European Tour circuit.

In response to these threats, DP World Tour chief executive Keith Pelley said he will “no longer remain silent” on the issue as he launched a ferocious attack on those threatening litigation.

"The letter claims that these players ‘care deeply’ for the DP World Tour. An analysis of the past participation statistics on our Tour in recent years of several of the leading players named, suggests otherwise,” Pelley wrote.

Elsewhere, the PGA Tour have confirmed that the latest players who have signed up to LIV Golf, which include DeChambeau, Koepka and Wolff, are now subject to the same suspensions that were previously imposed to the likes of Mickelson et al.

It means that they are currently ineligible to be picked for the Ryder Cup, Presidents Cup and FedEx Cup rankings.

Next page: Mickelson goaded with brave chirp by fan about Tiger Woods