Sergio Garcia has reportedly changed his mind about resigning from the DP World Tour so he can save his Ryder Cup career. 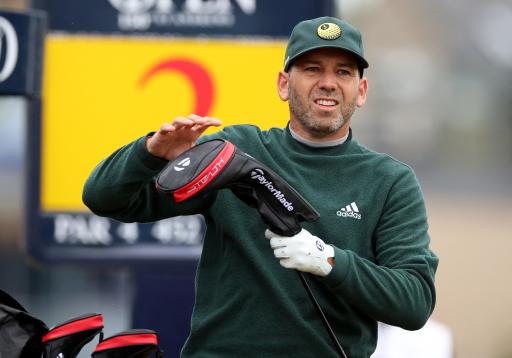 LIV Golf's Sergio Garcia has reportedly gone back on his decision to resign from the DP World Tour so he can save his Ryder Cup career.

Garcia, 42, is one of the highest-profile players who has joined the Saudi-backed series which will play its third event in New Jersey this week.

The former Masters champion claimed after finishing the 150th Open Championship at St Andrews two weeks ago that he was probably going to leave the European circuit.

This was because the Spaniard claimed he was "not feeling loved". Now Garcia has spoken to ESPN, saying that his decision has changed.

"When I finished the Open Championship [last] Sunday, I said that I was most likely going to resign my membership from the [DP World] Tour," Garcia was quoted as saying by ESPN.

"That obviously meant not being eligible for the Ryder Cup because you have to be a member.

"But thanks to the things that Jon Rahm said, and I had a couple of good conversations with guys on the [DP World] Tour, I'm going to hold off on that."

Garcia was alluding to the fact that fellow Spaniard Rahm, the former World No. 1, spoke out in his defence, claiming it made him angry that he was no longer eligible to participate in the Ryder Cup.

Rahm claimed the DP World Tour had "turned their backs" on Garcia.

Read more what Rahm had to say here.

Garcia added: "I want to at least see what's happening when the Ryder Cup qualification starts. See what kind of rules and eligibilities they have in there," Garcia added.

"If I agree with what they [are], I'll definitely keep playing whatever I can on the tour and try to qualify for that Ryder Cup team.

"And, if not, then we'll move on. But it is definitely something that is in my mind."

Garcia has made no secret of his unhappiness on and off the course.

Earlier this season whilst playing the PGA Tour's Wells Fargo Championship at TPC Potomac he ranted: "I can't wait to leave this Tour. I can't wait to get out of here. A couple of more weeks and I don't have to deal with you anymore."

Garcia was of course alluding to his intentions to play LIV.

He also reportedly went off into an expletive-laden rant at the DP World Tour's BMW Championship in Germany after sanctions were announced against the LIV rebels.

Garcia and the likes of Ian Poulter, Lee Westwood, Graeme McDowell and Martin Kaymer were fined £100,000 and banned from three events that were co-sanctioned by the DP World Tour and PGA Tour.

Poulter later took legal action allowing him to participate in one of these events, the Scottish Open, before the landmark major.