Report: LIV Golf to include relegation and "promotions event" in future

LIV Golf will make a rankings list during their 2023 season where players can earn points towards keeping their status for the next season. 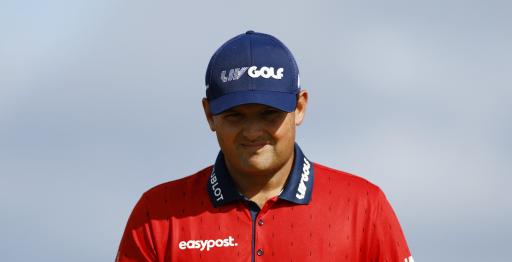 LIV Golf are set to inject some jeopardy into their format for the first time in 2023 with relegation, promotion and their own form of qualifying.

First reported by Alex Miceli of SI.com, LIV Golf will relegate four players after the second season and use the 'Promotions event' as a type of Q-school.

In 2023, LIV will keep a rankings list. The top 24 players on the leaderboard in each of the 14 events will earn points to keep their playing rights for the next season.

At the end of next year, four players at the bottom of the list will be relegated. According to the report, this process will be used to ensure that the LIV Golf Series is refreshed each year.

The players who are relegated will have the chance to regain their status through the 'Promotions event'. Relegated golfers will still be eligible to play in the LIV Golf Series as well as any other tours they have status with.

Related: Rules of Golf: Does it count as a stroke if you snap your club on impact?

The 'Promotions event' is likely to be played over three or four days with a possible 36-hole finale. Sources suggest that the first round could have between 80 and 100 players competing.

Player exempt into the field of the 'Promotions event' include major winners from the last five years, players in the top 75 of the world rankings, any relegated player from LIV Golf in the last two years, members of the last Ryder Cup and Presidents Cup teams and PGA Tour and DP World Tour winners from the previous year.

Team captains could be immune from relegation depending on what contract or agreement they have with the Saudi-backed series. They would still likely be involved in team management if they were relegated.

In its current form, players are competing with no risk involved. They are 54-hole events with no cuts and participants are assured over $100,000 in each event.

Even if a player is relegated, they could potentially be invited to play in the following season. As the report states, players without contracts may not be kept on by their teams and run the same gauntlet as that of an F1 driver.

There is now a chance that relegation and qualification adds the competitive aspect which doesn't exist right now in the breakaway series.