Rumoured LIV Golf signees Patrick Cantlay and Xander Schauffele are among the first golfers to commit to the 2023 American Express on the PGA Tour. 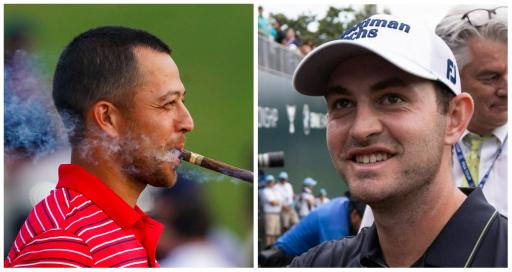 Rumoured LIV Golf defectors Patrick Cantlay and Xander Schauffele are among the first PGA Tour members to commit to The American Express.

We should of course point out that some players do change their mind about LIV Golf, but this is significant for Schauffele and Cantlay.

Both players were widely rumoured in 2022 to be very interested in joining Greg Norman's LIV.

Schauffele released a statement in February saying he didn't believe LIV Golf was a viable product after talks with the breakaway tour.

Even before LIV Golf had hit a tee shot, Cantlay described being "a curious observer".

Times have changed and it's fair to say LIV has definitely upset the status quo.

In early November, Schauffele joined the No Laying Up podcast to talk about the rumours.

"I had to weather that storm of all the social media news that I don't really get on my phone.
"I had to end up Googling what was going on, there were these articles saying that Pat [Cantlay] and I are leaving [the PGA Tour].
"So yeah, I pretty much just told everyone what I'm telling you, I haven't talked to anybody. I was pretty much minding my own business in Vegas and then this whole thing blew up.
"Why it blew up and how it blew up I have no idea, probably similar to the first time around, just random rumours that catch wind and it just blows up in your face."

The American Express will be played over 16-22 January at PGA West. It will have a prize purse of $8m. It is not an elevated event.

In October, the PGA Tour added four additional events to the 13 previously announced 'elevated' events, all of which will have increased purse sizes and guaranteed appearances from top players.

The Players, the three FedExCup Playoff events, the three invitationals (Genesis, Bay Hill, Memorial), the WGC Match Play and the Tournament of Champions also have 'elevated' status, alongside the four majors.