The former agent of Rory McIlroy and Lee Westwood has accused the PGA Tour of behaving arrogantly in its approach to LIV Golf. 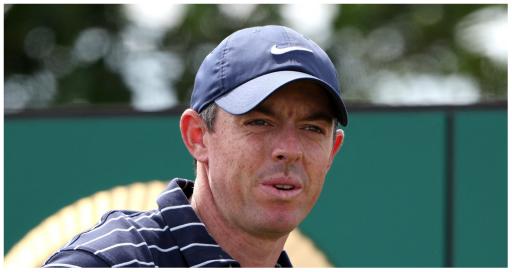 The former agent of Lee Westwood and Rory McIlroy says it was "strange and arrogant" for the PGA Tour not to engage in a discussion with LIV Golf.

Andrew "Chubby" Chandler has given an interview to the Mirror, where the renowned agent said he doesn't believe "it is such a bad thing anyway" that Saudi Arabia are attempting to legitimise their being.

LIV Golf and their players have been accused of trying to soften the global image of the kingdom in a practice known as sportswashing.

It has become an increasingly ill-tempered debate. There are accusations of hypocrisy on both sides.

McIlroy has taken centre stage in golf's civil war in 2022. He recently claimed Sergio Garcia told him to "shut up" about LIV over text message.

Chief of Chandler's gripes appear to be the PGA Tour did not at any stage want to sit down and talk to LIV Golf and their backers about what they were trying to do with the bottomless pit of money that have at their disposal.

LIV have now completed their inaugural season, which gave away $255m in prize money.

In total, it has been reported the Saudis have spent as much as $2bn on the breakaway tour so far.

The aforementioned Garcia appeared to have inadvertently confirmed the next LIV signee.

The LIV Golf League schedule for 2023 is already shaping up, with four venues confirmed. The prize money has risen to a whopping $405m across 14 of their global stops.

"I have always thought for the last 15-20 years, how has nobody thought to put up the same product. Thursday to Sunday all over the world 72 holes strokeplay, everywhere played exactly the same.
"Nobody tried to do anything, but whether this lot got it right or wrong, or whatever their alternative motives were, at least they have had a go. There are a lot of countries apart from Saudi Arabia that have tried to use sport to legitimise their being. I am not so sure it is such a bad thing anyway."

Chandler said he enjoyed the $50m season ending team championship at Trump National Doral, which was won by the 4 Aces GC side.

Of the format of LIV Golf, he told the publication:

"I thought that was a glimpse of the future, it was unbelievably exciting. I thought the last hour and a half was amazingly good.
"No it's not the Ryder Cup but you are never going to recreate the Ryder Cup. But there was an energy about that last hour and a half that was a bit different to a normal tournament, and that is what it is all about. It is going to be more and more team and less individual. Next year they’ll all be in team uniforms every day, they are going to look like teams.

"Suddenly someone [Norman and LIV Golf] has ruffled everyone's feathers. To me why of thinking - and I am unbelievable a neutral bystander in this - for the PGA Tour not to sit down with LIV at any stage to discuss what they were trying to do, where they could possibly help when there was billions of dollars going into golf was a very strange thing to do and a very arrogant thing to do."