LIV Golf League boss Greg Norman has described Tiger Woods as "a mouthpiece for the PGA Tour" in his latest verbal assault on the decorated golfer. 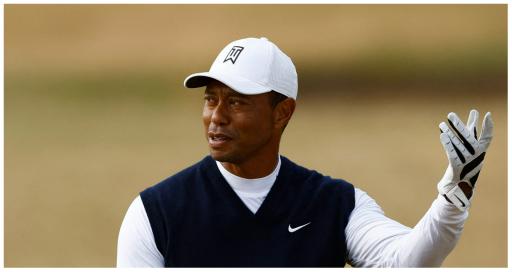 Woods, now 47, called on Norman to step down from LIV Golf during his pre-tournament press conference at the Hero World Challenge in November.

The decorated major champion claimed there was a chance for the rival golf tours to end their ongoing "civil war" if litigation was to end.

Woods called on LIV Golf to drop their antitrust lawsuit first. Then the PGA Tour can withdraw their countersuit.

Norman insists he's going nowhere. And despite the loss of two executives in recent months, the breakaway tour have been buoyed after finally landing a U.S. TV deal that will see them partner with The CW Network.

The 67-year-old Australian previously hailed that breakthrough as "momentous".

He was asked once again about the comments made from Woods and Norman did not hold back.

"I think it's sad for Tiger that unfortunately he made a comment that he doesn't know the facts about, because obviously I'm still here.
"Obviously, he doesn't control what we do within LIV. So just making those comments, I think, is an indication that he might be a bit of a mouthpiece for the PGA Tour to try to get us to create turmoil created internally within LIV."

What, exactly, did Woods say about Norman?

What's next for LIV Golf?

LIV Golf are set to begin their 2023 season at El Camaleón Golf Course in Mayakoba, Mexico.

LIV announced a huge expansion from their debut season, expanding from eight events to 14.

Their full schedule has yet to be announced. We are expecting confirmation soon.

LIV are also yet to announce any new signees. Mito Pereira has reportedly signed a deal, becoming the latest PGA Tour defection.

Elsewhere, it was reported that one player had his offer withdrawn after LIV announced their TV deal.