Nelly Korda has received successful surgery which dealt with a blood clot in her left arm that kept her out of the Chevron Championship. 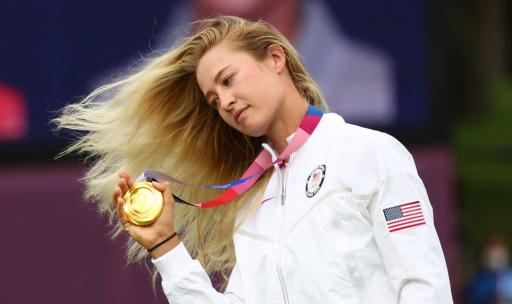 LPGA Tour star Nelly Korda announced on Friday that she received successful surgery on the blood clot in her left arm.

"I recently underwent surgery for a blood clot in my subclavian vein," Korda wrote in a post on social media.

"I am pleased to report the procedure went well and the doctors were happy with the outcome."

Korda was forced to miss the Chevron Championship which was the first women's major event of the season. Her sister Jessica came second to Jennifer Kupcho.

The World No.2 is now at home recovering and we hope that she will be back in time for the US Women's Open which begins at the start of June.

The 23-year-old's season has been full of disruption in 2022. As Korda tells us in her statement, she caught Covid-19 in January which also kept her on the sidelines.

Korda first discovered the blood clot in the middle of March when she noticed some swelling on her arm during a gym workout.

Her doctor advised her to visit an emergency precaution room where she was told it was a blood clot. It is certainly a relief to see her surgery was successful.

Korda is one of the most exciting players on the LPGA Tour. She has won seven times on the circuit and she won her first major title at the Women's PGA Championship in 2021.

Korda has only played three times in 2022. Her best finish came when she placed in tied fourth at the Hilton Grand Vacations Tournament of Champions.

Next Page: The Masters R3 tee times: When do Tiger Woods and Scottie Scheffler tee off?