Who is quicker: Danielle Kang or Olympic champion David Rudisha?

Danielle Kang came under fire for slow play on the LPGA Tour last weekend. In fairness the conditions were terrible. But can she make her putt by the time David Rudisha completes the 800m? 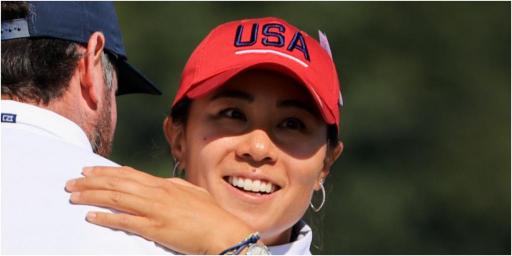 Question: How long does it take you to line up an eight-foot putt for par?

To put that into context, it took Kang one minute and 21 seconds to hit a putt last weekend at Gainbridge LPGA Boca Rio where Lydia Ko eventually emerged with a two-stroke victory over the in-form American.

That meant that Nelly Korda relinquished her status as the number one golfer after a long spell as the best in the game. That spell was 12 consecutive weeks at the top, but now Jin Young Ko takes over the mantle.

Of course, they will trade blows again this season so don't be too surprised if they swap places in the not too distant future.

But it appears that slow play has again ruffled some feathers.

This week it was @ClubProGuy who decided to put this putt into a more jokey context.

Can @daniellekang hit an 8 foot par putt before someone can run half a mile? Let's find out! pic.twitter.com/qz6GAV9oR5

If this were Kevin Na, @NoLayingUp would be all over it. But they like her so this is just grinding.

As you can see the winds were blowing 15+ MPH. Less than 90 seconds is well under Kevin Na’s 3 minutes to putt.

Let @daniellekang do her thing

He lined up the footage of Kang shifting nervously over the putt as Rudisha races around the track.

By the time she hits the putt, one minute and 21 seconds have elapsed. The putt misses low and she marks the ball.

Rudisha crosses the finish line at one minute and 36 seconds.

Now, Kang isn't usually one called out for slow play. And in fairness, the conditions last weekend on the LPGA Tour were horrible. The wind was up. A lot. Players were knocking down irons trying to keep the ball below the wind.

Those who were watching the broadcast will have noticed that they were being held up by the group in front anyway.

And if this was Kevin Na or Bryson DeChambeau, we'd NEVER hear the end of it.

That being said, don't we all hate slow play?