Ian Poulter says he is still learning in this game even after 24 years as a professional golfer. 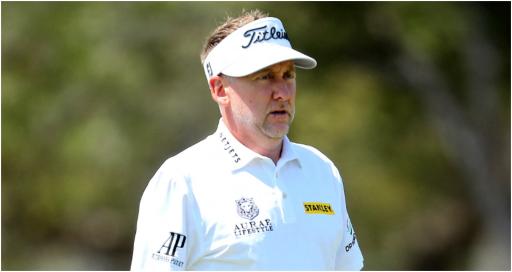 Ian Poulter says he "felt like s---" after missing out on playing his 17th Masters.

The Postman headed into the Valero Texas Open on the PGA Tour needing to use all of his skills of escapology to make Augusta National.

But the 46-year-old, who entered the tournament ranked 67th in the Official World Golf Ranking, missed the cut at TPC San Antonio.

Poulter signed for rounds of 71 and 74 at the Oaks Course, leaving him at 1-over par and two strokes outside the cut line.

It means that unfortunately he will not be making the trip up Magnolia Lane. Poulter made his Masters debut in 2004.

Rory McIlroy and Bryson DeChambeau also missed the cut ahead of the first major of the year next week.

Poulter took to his Instagram stories after finishing his second round and complained he "felt like s--- for two days".

He added that he "shouldn't have pegged it up" and that after 24 years in the pro game he was "still learning."

Poulter also played the WGC Match Play last week but needed a semi-final berth to force his way into the world's top 50.

Only the top 50 players in the world are invited to The Masters. Poulter has never won a major. His best finish at Augusta was T6 in 2015.

Other big name players who missed out at Augusta National include Rickie Fowler and Jason Day.

Richard Bland is chasing his first Masters appearance aged 49. Had he beat Dustin Johnson in the match play he would have been in.

He made the cut in Texas, but will need to go extremely low over the weekend if he is to truly challenge.

The field for the Masters at present is at 91. That depends on if a certain Mr. Woods decides to play.