Brad Faxon has now downgraded his prediction to "less than 50 per cent" Tiger Woods plays at the 2022 Masters. 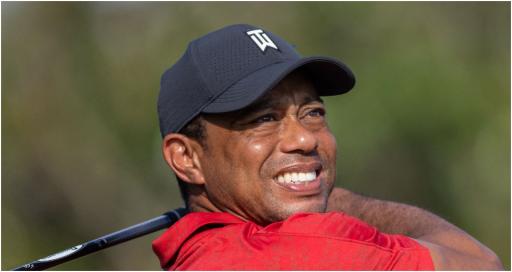 While the golf world awaits an announcement from Tiger Woods about whether he will play The Masters, there is one man in the know who remains skeptical.

Former PGA Tour player Brad Faxon, who was previously impressed by Tiger's son Charlie's putting, now rates the 15-time major champion as less than 50 per cent likely to tee it up at Augusta National.

Faxon spoke to SiriusXM PGA Tour radio earlier on in the week and rated Woods' chances at 50/50 but on April 1 he downgraded his prediction to less than 50 per cent.

Woods sent the golf world into a bit of a frenzy earlier in the week when his private jet was tracked heading to Augusta National. Woods played a practice round alongside his 13-year-old son and Justin Thomas, according to reports.

Rory McIlroy saw Woods on a scouting mission too, but would not be drawn into whether or not he thinks the 82-time PGA Tour winner will play, simply saying that it would be "phenomenal" should Woods play and added it's "amazing" to have him back in the game.

"He wants to have a chance to win. I don't think Tiger Woods shows up unless he can do that"

Brad Faxon talks with Taylor Zarzour about why he's still skeptical that Tiger will play in The Masters.@BradFaxon I @TigerWoods I @TheMasters pic.twitter.com/5hx1CoqcBQ

"Tiger wants to compete he doesn't just want to be a celebrity and show up at The Masters," Faxon told the radio show.

"I don't think Tiger Woods shows up unless he can do that and for him to figure out whether he can play 72 holes walking when he hasn't done that I thought it was 50/50 last time I was on your show... I think it's a little less than that now."

Woods reportedly brought his team to Augusta National for his scouting mission and his trusted caddie Joe LaCava too.

So why did he do that if he wasn't planning on playing?

Faxon, 60, said: "I think he wants to see if he can have a shot to play and if the worst thing that happens is he gets to play Augusta National with his son Charlie [then] that's a pretty good day for father and son.

"Look, I am in the camp that I want to see this guy tee it up on Thursday but I don't think Tiger just does it to make people happy."