Sergio Garcia says his career was one to be proud of before he won The Masters. 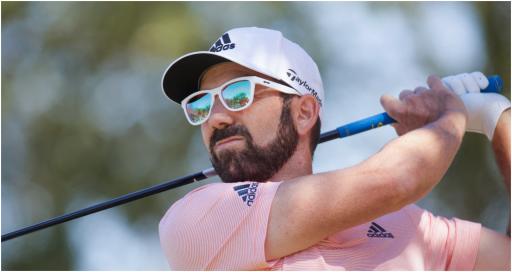 Sergio Garcia says his career was "already great" even before he finally won his first major at The Masters.

Garcia was 37 years old when he beat Justin Rose in a one-hole playoff at Augusta National in 2017.

"And after so many years...once and for all for Sergio!" Jim Nantz exclaimed when the Spaniard drained his winning putt.

He had joined the PGA Tour in 1999 but 18 years later he was still hunting for the big one. His fans feared he may never win a major.

Garcia lapped up the chants of "Sergio! Sergio!" from the patrons before embracing his caddie and his partner Angela Akins Garcia.

It was a moment that only 54 other golfers have tasted at the famous, pristine course steeped in history.

But Garcia, as he heads into the 86th edition of The Masters, feels as though he has a career other pros would be more than happy with.

He told The Guardian's Ewan Murray: "I knew this was going to happen.

"When I didn't have any it was: 'What if he is never to win a major?' Back then I said: 'At the end of the day, obviously yes, winning a major makes your career better,' but I already felt like my career was a great career.

"You can ask a lot of guys out here and they'd be very happy having a career like I had, even to that point.

"It is obvious that the more majors you win, the better your career gets but that doesn't mean that now, because I haven't won a second one, my career is suddenly bad again. I don’t ever look at it that way."

He added: "I was proud of doing it, of course I was.

"It's obviously a special week every time I go back there and it's special to be called a Masters champion for the rest of your life.

"But like I said, I was very happy with the career I had before so it wasn’t a case of: 'If I don’t win one of these, I can never be happy about what I have achieved.'

"Winning it makes things better but it wasn't like a gamechanger for me. Earlier in my career, it would have made a bigger difference."

Garcia is now 42 years old. Apart from that win, he has an interesting relationship with Augusta National.

Since then, it has been a mixed bag. Three more top-10s followed and a bunch of missed cuts. Garcia was also forced to sit out the 2020 Masters after testing positive for COVID-19.

Not that Garcia will care. His career was already great.