Tiger Woods has played his final practice nine holes ahead of the first round of The Masters. 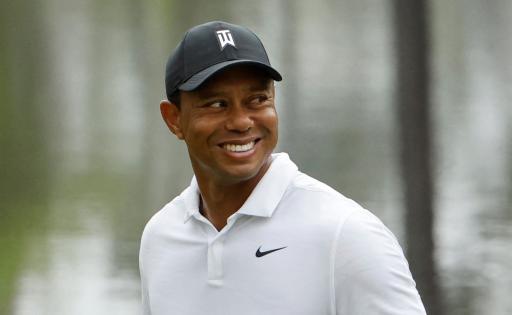 When a chipper Tiger Woods faced the media shortly after 11am on Tuesday afternoon his dry sense of humour was on full display.

"All", Woods joked. Fair enough, then. At the time of writing, Woods had played his final practice nine holes ahead of the first round.

He was due to play alongside South Africa's Louis Oosthuizen and Chile's Joaquin Niemann at 10.34am.

More: Tiger Woods shows "noticeable limp" walking downhill at The Masters, but he looks "locked in"

The players even noticed the roars as Woods emerged from the clubhouse. Even Rory McIlroy said as he was coming up the 10th hole by the time he putted out the patrons had deserted his group to follow the 15-time major champion from the first.

One of the questions Woods has repeatedly wrestled with is how would he have known if he was fit and fully ready to play.

Woods told the Golf Channel: "Y'know, just keep progressing. I've been lucky enough to have the therapists and the physios and everyone on my team pushing me and pushing this body and piecing it back together again.

"I have had great surgeons that have put the body back together. Humpty Dumpty is glued and hopefully good enough."

Woods sent out a statement of intent in his press conference when he said he believed he could win The Masters this weekend.

What has led him to believe that?

He said: "I can hit it just fine. I don't have any qualms about what I can do physically from a golf standpoint.

"It's now walking is the hard part. This is normally not an easy walk to begin with. Now given the conditions that my leg is in, it gets even more difficult.

"You know, 72 holes is a long road, and it's going to be a tough challenge and a challenge that I'm up for."