From Trackman, Foresight and Flightscope to K-Vests, Gears and SkyCaddie - launch monitor guide. 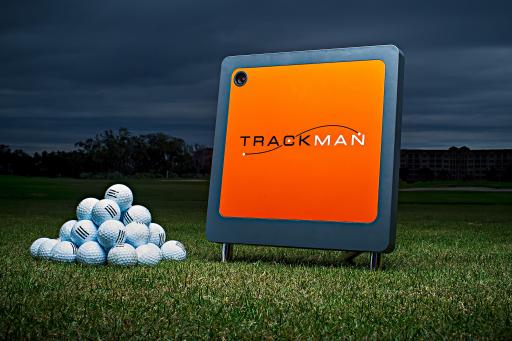 Golf is abuzz with sexy-sounding gismos to analyse your swing and no self-respecting pro these days is ignorant of his "smash factor".

From SkyTrak and Trackman to K-Vests and 3D Gears Golf, launch monitors and swing analysers are all the rage in 2017.

But what do they do and do us mortals really need them?

We take a closer look...

What is a golf launch monitor?

A launch monitor is an electronic device that measures various aspects of what happens to a golf ball when it is struck by a golf club.

It can be used to improve a golfer's swing as part of a lesson or to aid the custom fitting process when purchasing new clubs.

Who should use one?

Any serious golfer, not necessarily just a low handicapper, should look at using a launch monitor.

To make the most of your time with one, however, we recommend you let a certified golf instructor interpret the shot data to explain what you should be working on.

Why should a golfer use one?

From a golf swing perspective, a lesson with a professional who has access to a launch monitor will allow the golfer to understand their ball flight better and what they can do to control and improve it.

By giving detailed access to parameters such as ball speed and launch angle, instructors are also able to adjust elements during a custom fitting, such as the shaft, to ensure the golfer’s clubs match up with their swing.

How do launch monitors work?

There are two types of launch monitor.

One tracks the ball after impact using "Doppler radar" technology, while the other uses camera technology to record the data at impact.

Both systems then use their own algorithms to provide a range of data and projections about the shot that has been hit.

What data do they provide?

The new TrackMan 4 allows golfers to analyse and diagnose with "fact-based confidence."

TrackMan 4 represents the culmination of a three-year journey to bring Dual Radar Technology into the game - a radical transformation in the way radar technology is now applied in golf.

The device uses two radar systems instead of one to obtain maximum data quality and increased pick up rates.

One radar system tracks everything the club does before, during, and after impact - from commonly known parameters like club path and face angle to swing direction and spin loft. The other radar system tracks the full ball flight - from launch to landing and everything in between; including launch angle, spin rate and curvature.

Foley: “TrackMan is the greatest teaching tool ever.”

Donald: “The game is very much based on technology now and you have to keep up with the curve. For example, if I’m hitting downward too much I don’t have to have my coach around looking at me every day. I can show him the numbers and my swing and between that figure out what we have to do.”

World of Golf coach Grant Guerin: “It’s a marvellous tool for working on both distance and accuracy control with each club. One of the great benefits is that it will give quantifiable, numerical readings of both club path and club face – meaning all guess work is taken out the equation.”

The new Flightscope X3 features an innovative combination of 3D Doppler tracking and high-speed image processing for the most accurate tracking technology.

The device comes with the best of both radar and camera technologies, allowing golfers of all abilities to check just about every element of their swing and game.

A new "chipping and putting" game-improvement tool has been added for 2017.

Miller: “I use Flightscope pretty much every day I work on my driving. I am able to look at my angle of attack, ball speed, club speed and what the club is doing at impact in terms of club path. I then take my ball speed data and try and give myself the optimum conditions for that. I can hone all those numbers with Flightscope.”

Foresight Sports' new GCQuad is a follow-up to the company's hugely popular GC2 and HMT.

The GCQuad comprises “quadrascopic” cameras to measure the golf club and golf ball from four different angles, enhancing the precision of one of golf’s most trusted launch monitors.

The unit’s biggest advantage over its competition is its ability to measure the movement of the club face before and into impact with uncanny accuracy. For those measurements, users will need to add special dot-like stickers to their club faces, which aid the system in measuring all-important variables such as attack angle, dynamic lie at impact, dynamic loft, face angle, face-to-path, swing path and impact point.

It’s the GCQuad’s ability to measure impact point that could be its most important distinction, however, both in instruction and fitting capacities.

GC2 features high-resolution cameras that capture up to 10,000 frames per second and state-of-the-art image processing for reliable ball data.

GC2 can be used alone, but it is even more valuable when used in conjunction with HMT (head measurement technology) to precisely capture club data at the same time.

Fowler: “It’s crazy how accurate it is.”

Harmon: “At the Butch Harmon Schools of Golf we’ve tried every kind of launch monitor in the business, and there's nothing that can compare with the GC2. It's far and away the best we’ve ever used.”

The first personal launch monitor of its kind, SkyTrak is a realistic and real-time golf practice and play system.

SkyTrak connects wirelessly to your iPad or PC, then accurately captures and displays launch data and ball flight as soon as you hit the ball. You’ll see the ball fly and receive instant feedback on every shot.

Setting up the system takes around 10 minutes after downloading the app on your iOS tablet or iPhone, and the manual takes you through the process step by step. Customers should note, the system requires an iPad Air of Mini2 as minimum.

A big pro for the SkyTrak is its size. Many launch monitors on the market today come is large briefcases and are extremely heavy. Transporting them is no mean feat.

We believe the SkyTrak represents the value for money launch monitor currently on the market.

The hugely impressive 3D Gears Golf system is a full swing club and body-tracking system used by PGA professionals, club fitters and club manufacturers to measure and analyse every nuance of a swing in full 3D from address to follow-through.

3D Gears Golf records all kinds of data when users hit shots wearing a motion-capture suit featuring 26 sensors placed at key spots around the body and six additional locations on the club.

Using eight high-speed cameras and special software, the system analyses over 600 images per swing in less than a second.

Unlike most systems that rely on low resolution approximations of swing data, with algorithmic estimates filling in the gaps, "3D Gears Golf" provides hard data and measures the entire swing as it unfolds.

The golfer is required to strap on a vest, which features three sensor locations on the pelvis, upper body and lead wrist.

The software, developed by the Titleist Performance Institute, captures swing efficiency via a kinematic sequence graph.

Leadbetter: “The K-Vest makes it possible for me and our certified instructors to collect precise biomechanical data from our students, allowing unprecedented insight into the mechanics of the swing. I am confident this technology is the future of golf instruction.”

With the SkyCaddie SkyPro, golfers can learn incredible amounts of detail about every swing they make, whether on the golf course or in any bay at the driving range.

It enables the golfer to see and store information on how they typically swing every club in the bag, enabling them to store ‘good’ swings to use as a template for future practice.

Weighing less than 30g and about the size of a USB stick, SkyPro attaches easily to the shaft of the golf club just below the grip and is virtually undetectable during the golf swing.

Haney: “One of the great things about SkyPro is that students can use it to help themselves. It’s also very accurate and allows people an opportunity to work as if they were there with their teacher, by telling them to work on getting their takeaway, or whatever the focus is. It’s a great way to have real, monitored practice when the coach isn’t there.”

Zepp has consulted with PGA Tour players such as Keegan Bradley and Brendan Steele and coaches to develop the sensor and apps.

The gadget provides a detailed analysis of the pros’ swings, complete with specific training tips and drills. When paired with the Zepp multi-sport sensor, the app delivers a powerful 3D training platform.

Ever used a launch monitor or swing analyser before? If so, which one do you recommend most? Share your thoughts in the forum below, on Twitter or Facebook.