The two-time Masters champion had an eventful week at the QBE Shootout. 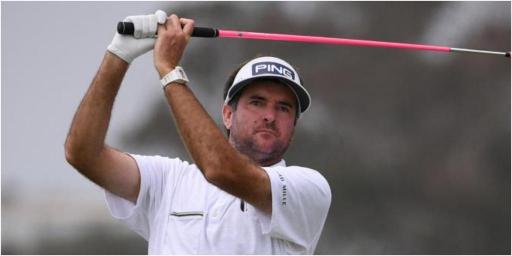 Bubba Watson had an interesting time last week at the QBE Shootout, where he partnered up with LPGA Tour superstar Lexi Thompson.

He spent the first part of the week - in my opinion - trying to clear his conscience by talking up the Saudi International.

"They're trying to change," Watson said of the controversial February tournament, saying it was a chance for him to earn more money for charity and also visit a place on earth that God has created.

There was also time to throw out that lazy line of how "they're trying to grow the game" as Watson, 43, sought to defend the tournament in King Abdullah Economic City, which is yet to be cleared by the PGA Tour.

Over the weekend Watson dovetailed nicely as Thompson's putter remained hot. A highlight of their week included Watson driving a par-4 and his partner draining the putt for eagle.

Team Watson/Thompson signed for 59, 66, and 68 in Naples, Florida at Tiburon Golf Club as they finished ninth. Jason Kokrak and Kevin Na won the tournament that is described as a "hit and giggle" because of the format and the fact no FedExCup points are awarded.

Watson also nearly holed out on the par-4 13th from 350 yards. His ball hit a spectator and almost rolled back in for an ace.

Bubba golf at its finest.

For all of my criticism of the Saudi International and where it squares with Watson, he has done a lot of good. He is of course a very charitable person. He attended the Solheim Cup, too, was repairing divots and championing the cause of the United States.

Just how cool are they?

Watson recently spoke of his mental health struggles on the PGA Tour in his new book.

He is a two-time Masters champion and a 12-time winner on the PGA Tour.