Bubba Watson struggled with mental health issues in 2017 when a stomach problem caused him to lose a lot of weight. 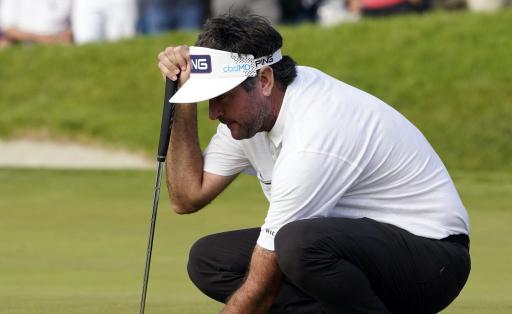 Bubba Watson sunk to his knees and asked the Lord to take his life at the lowest point of his mental health struggles.

Speaking to Patrick Snell from CNN, Watson opened up on when he experienced dark thoughts and difficult times when he suffered from a stomach issue in 2017.

He said that when he saw himself drop to 162 pounds, which is under 12 stone, he considered retiring and the prospect of ending his own life.

"When I looked in a mirror at that moment when I was down to 162 pounds, all I saw was a thin Bubba, a guy losing weight, a guy not going to make it," said Watson.

The 43-year-old holds religion and faith very close to his heart and this concept has been extremely important in his recovery from his mental issues.

His wife Angie, who he married in 2004 and now has two-adopted children with, has been an incredible support to Watson.

Faith has come to his rescue and we as golf fans have seen the emotion pour out on the golf course. But inside, his struggles have been far greater than we could've ever imagined.

"Talking to my wife and supposed to be the man of the house ... but then thinking about my knees on the floor, when I hit the floor and ask for the Lord to take me.

Angie convinced her husband to persevere with his golf career, which is jam-packed with fantastic achievements which isn't done yet, despite approaching the twilight of his career.

Watson is a two-time Masters champion. He has won 12 times on the PGA Tour and made four appearances for America at the Ryder Cup.

His flamboyant power play on the PGA Tour has made him one of the most recognisable figures out there. We hope that Watson continues to successfully fend off his demons so we can see his best golf.