It appears Talor is not the only name in the family that has a unique spelling... 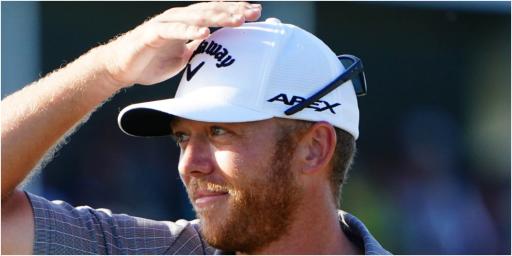 Talor Gooch has now dropped the moniker of being one of the better players on the PGA Tour without a victory.

The 30-year-old American won the RSM Classic last week with a stunning victory at Sea Island.

The margin of victory was comfortable in the end - three strokes - but as you would expect it was not without pressure.

Gooch was feeling it as he came down the stretch by making ridiculous par saves and lenghty birdie putts.

Underrated? Definitely. But Gooch has not forgot his humble beginnings and how he felt when trying to get his card at Q-School.

Gooch told the media after his win that he was thinking about his 2016 Q-School success when he was feeling the heat last Sunday.

He was on the number and needed to get it done as he played his final nine holes at TPC Craig Ranch.

Gooch admitted that he had no idea why he thought of working in a Best Buy.

It was just a place that popped into his head that he would be able to get a job to help support his dream.

The ball striker also took the time to explain the spelling of his name, admitting: "It's a pain in the butt if I'm honest."