Dustin Johnson out of OWGR top-10 for first time in seven (!) years

Dustin Johnson dropped outside the top-10 for the first time in seven years thanks to Sam Burns' third PGA Tour victory. 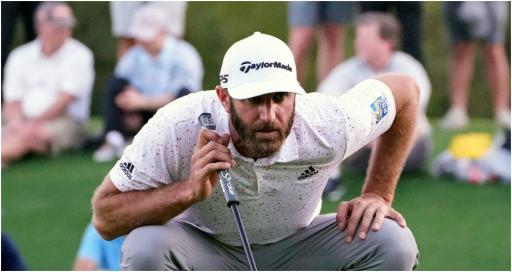 For the first time in seven years Dustin Johnson has fallen outside the top-10 in the Official World Golf Ranking.

Former World No. 1 Johnson has been of the most consistent golfers in the modern era that culminated in an epic win at the 2020 Masters with a record low score.

Throughout his illustrious career he has racked up 24 PGA Tour victories and spent more than 130 weeks as the best player in the world.

But he has Sam Burns to thank for knocking him out of the elite group after the 25-year-old won his third PGA Tour title at the Valspar Championship.

Jon Rahm still retains his status at the top after Viktor Hovland had a tough week at Innisbrook Resort as the Florida swing concluded.

Last week, another former World No. 1 Justin Rose also dropped outside the world's top 50 for the first time in more than a decade.

It would be lazy to suggest that Rose's demise was down to the fact he signed that deal with Honma.

But Rose is without a win since 2019 when he won the Farmers Insurance Open at Torrey Pines.

But back to Johnson, 37, who moved into the world's top-10 for the first time when he won the WGC-Cadillac Championship in March 2015.

A year later he went on to win his first major at the 2016 U.S. Open. He finished that season as the leading money winner on the PGA Tour, too.

So far this season Johnson has played in five events on the PGA Tour. His only missed cut came at the Genesis Invitational in February.

Johnson was widely rumoured to have been of the players who were going to take part in the Saudi Arabia-backed golf series, but decided to release a statement committing himself to the PGA Tour.

The SGL - which is officially called the LIV Golf Invitational Series - has now been confirmed and will begin in the summer. No player has declared they will take part in yet.

World rankings do seem important to the elite players in the game. Just last week Justin Thomas told the media that his current being eighth "p---es me off".