How to improve the PGA Tour's FedEx Cup system

Rory McIlroy is the new FedEx Cup champion for 2019, but what did you make of the new adjusted scoring system at the season-ending Tour Championship? 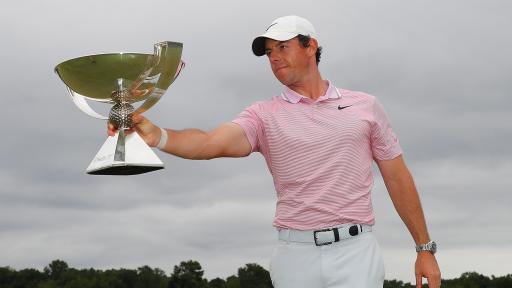 The PGA Tour's revamped FedEx Cup system for 2019 may have had plenty of plaudits, but it also had numerous niggles from golf fans and media alike.

From our point of view, it was not perfect but it worked.

We personally enjoyed the new format and felt Rory McIlroy was a deserved winner, especially after his three-win season, but felt the adjusted scoring at East Lake was far too volatile.

Some guys were starting 10 shots back before they even teed off, and those guys quite simply needed a miracle to even get involved.

RELATED: HOW THE FEDEX CUP WOULD HAVE FINISHED UNDER THE OLD SYSTEM

Rory McIlroy criticised the adjusted scoring system heading into the season-ending Tour Championship on Tuesday afternoon, and then walked away $15 million richer on Sunday evening.

The Northern Irishman lined up at East Lake five strokes behind FedEx Cup leader Justin Thomas on 5-under par in fifth place before even hitting a single shot on Thursday afternoon.

In the eyes of McIlroy, the handicap start to the final event hurt the prestige of the FedEx Cup Playoffs. After all, no other event on the rota had a handicap start, so why this one?

RELATED: HOW MUCH RORY EARNED PER SHOT ON THE PGA TOUR IN 2019

"If the FedEx Cup really wants to have this legacy in the game, like some of these other championships do, is people starting the tournament on different numbers the best way to do it?" McIlroy told the press prior to the start of the Tour Championship.

"I get it from a fan experience point of view, I get it from giving guys that have played better throughout the year an advantage, but I don’t know – come back to me on Monday and I’ll tell you if it has worked.

"You can shoot the best score of the week and not win the tournament. If that happens to someone it’s going to be hard for them to wrap their head around."

Thankfully, to ease McIlroy's concerns, he did shoot the lowest score of the week and he did win the FedEx Cup.

RELATED: HOW THE FEDEX CUP WOULD HAVE FINISHED UNDER THE OLD SYSTEM!

“I think that the story lines that develop as you get to the back end of the year and into our playoffs — and the increased volatility that we’re delivering — is creating a compelling product for our fans, our core fans and those that we’re seeking to bring into our sport,” said PGA Tour commissioner Jay Monahan.

Two-time FedEx Cup champion or not, McIlroy clearly wasn't a fan of the season-ending setup. Nor the huge financial reward, which let's be honest, the Ulsterman hardly needed going into his bank account on Monday morning.

But FedEx isn't going anywhere in a hurry - much to Matt Kuchar's delight - and the brand will be more than prepared to shell out whatever it takes in order to attract the best players in the world to compete for their trophy and lucrative record bonus at East Lake every year.

Is an adjusted scoring system really the way forward to attract everyone's attention going into the Tour Championship, and really a fair way to decide a season-long champion? Probably not. But is this concept going to be scrapped anytime soon? Probably not.

GolfMagic takes a look at five different options the PGA Tour could look to explore ahead of future FedEx Cups to get the most out of it, and keep everyone happy in the process...

Some players, such as McIlroy, consider major wins during the season should be rewarded with greater points, especially after seeing his good friends Tiger Woods and Shane Lowry both miss out on the FedEx finale despite winning The Masters and The Open respectively.

“You look at the Patriots,” said Koepka, who successfully defended his US PGA title earlier this season. “They can go undefeated and lose the first week of the playoffs and they’re out.”

But where the real niggle comes in from our point of view is the heavily weighted points on offer for winning a FedEx Cup Playoffs event at the Northern Trust and BMW Championship, where winners Patrick Reed and Justin Thomas each received a whopping 2,000 points.

Of course, you would expect the Playoffs to receive a boost of kind given the advertising behind it, but 2,000 points - 1,400 points more than a major win - come on now, FedEx.

Let's give a major winner 1,000 points and bring a Playoffs win at the Northern Trust and BMW Championship to something similar.

Few people would have considered Justin Thomas deserved to be leading the FedEx Cup heading into the final tournament of the year. Nor Patrick Cantlay being second, and Patrick Reed being fourth for that matter.

GolfMagic actually didn't mind the adjusted scoring at East Lake. In fact, we thought it worked quite nicely - once everyone had been brought up to speed.

But to start a tournament 10 strokes behind, as was the case for those players starting the week in 26th through to 30th, you are already behind the 8-ball before you've reached the first tee.

Okay, there are four rounds to make inroads into that deficit, but let's be honest, you're going to need some sort of miracle to win the FedEx Cup from there.

#3 - EVERY PLAYER MUST COMPETE IN EACH PLAYOFFS EVENT

If you're a no-show in either Northern Trust or BMW Championship, you're out. Simple as that.

Paul Casey skipped the Northern Trust and still went on to finish fifth place in the FedEx Cup.

If you want to win the season-long race, you've got to make every effort no matter how hard the grind.

Every player starts the week on level-par just like a normal golf tournament. Providing you make it to East Lake, you're in with a shot of winning the FedEx Cup.

No staggered start, no reward for the top five, just make that Top 30 bubble and you're in with a shot of winning the FedEx Cup.

It's meant to be golf, after all.

Ok, this one is very much tongue-in-cheek, but come on, it would be fun!

Let's really test these guys out!

All 30 players start at level par, and they can choose which clubs they wish to play with.

Those are some of our thoughts. What would you change to make the FedEx Cup better going forwards? Or are you happy with the new concept of adjusted scoring? Share your thoughts on our Facebook, Instagram and Twitter pages.