PGA Tour pro Charles Howell III has explained what annoys him the most on the golf course. And he has support from this pro. 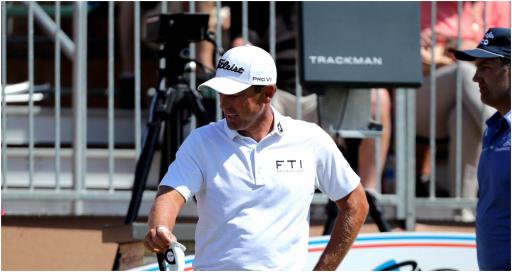 Pace of play in golf has always been an issue and it appears even more so with the development of theories such as AimPoint.

For those not in the know, AimPoint is a method of reading the break on a putt using a three-step system.

You'll see players like Dustin Johnson using this. Even his brother and caddie Austin gets involved with it too.

If you're a golf purist you may wish to avert your eyes when you see this as it is a time consuming thing to do.

But there is no denying that it is a successful method to improve your putting. More than 200 PGA Tour pros swear by it.

Earlier in the week, one of the most consistent performers on the circuit, Charles Howell III, gave an interview to bunkered.

He expressed his displeasure about the one thing that annoys him the most on the golf course.

And it's when he is trying to read a putt and his playing partners are walking around the hole.

"If you're looking at a putt from the side of the hole and they're walking across, that annoys me. That's something I'm aware of too is to give guys the space when it’s their turn.

"Obviously, you're trying to read putts when other guys are playing to speed things up, but when it's their turn and they've got the table, so to speak, let's give them their space."

"Over the years, almost every guy has been great to play with. There's been a handful that aren't, but after a while the game will beat all of us up."

Australian professional golfer Scott Hend picked up on this post and did not hold back:

I couldn't agree more with these words from Charles Howell, It happens waaaaayyyyyy too much these days on Tour..... Guys just don't give a shit about when its UR turn... mostly Aim Point guys as well I must say..... #golflife #Yep #JustSayn #Brutal #ItHappens pic.twitter.com/QQHxcZaXbi

Do you agree? Do you experience this when you play golf and do you speak up about it? Let us know on our social media channels.