The 28-year-old shared the news on Instagram after his son was born on 14 November. 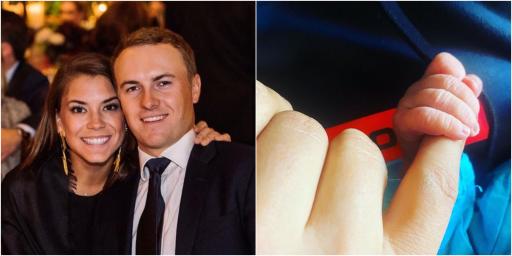 It's been an interesting year for Jordan Spieth. He got his game back and finally won again on the PGA Tour. He also helped his United States side to an emphatic victory in the Ryder Cup. But his year has just got better.

Spieth and wife Annie have welcomed the birth of their baby boy Sammy. Spieth confirmed the news on his Instagram last night with a picture of his tiny baby's hand clasped around his finger.

The 28-year-old superstar has enjoyed a resurgence of his career in 2021. He started the year just inside the top 100 in the official rankings, but a win for the first time since the 2017 Open Championship shows us that his form is temporary but class is permanent.

That win came in April at the Valero Texas Open. A month later, he finished third at the Masters. He came second at the Charles Schwab Challenge and the Open a month later. It marked his best season for five years.

He created more memories with typical Spieth shots at the Ryder Cup at Whistling Straits. Perhaps most memorably, Spieth played a miracle shot when he was standing on a vertical bank and managed to get the ball within 10 feet. Spieth was sent back towards the water line as he gave the shot everything.

Spieth confirmed his baby boy was born on 14 November. "Mama and baby doing great," Spieth posted. "Feeling blessed!" Spieth confirmed he and Annie were expecting after the Tour Championship. They decided to wait until the birth to find out the gender.

Brooks Koepka was one of many to congratulate the pair. "Congrats Spieths!!" he wrote.

The pair are high-school sweethearts and got engaged in 2017. They tied the knot a year later.