Oakland Hills is a historic venue and it will host four major championships in the next 29 years, including a mixture of women's and amateur events too. 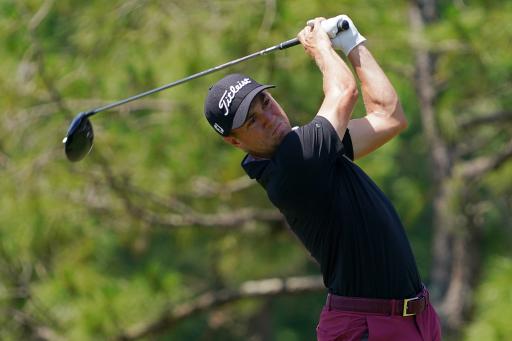 Justin Thomas appeared bemused by Oakland Hills being announced as the host of the US Open in 2051 with a post on social media.

Oakland Hills Country Club in Michigan has been awarded four major championships in the next 29 years, including two US Open championships.

In total in this time period, the USGA has given Oakland Hills eight championships. This includes the US Women’s Open in 2031 and 2042 and the US Women’s Amateur in 2029.

Related: Paige Spiranac wants Tiger Woods to play at The Masters: "Who cares about Phil?"

Thomas, who is teeing it up at the WGC Match Play this week, appeared to be stunned by the announcement so far in advance and gave this reaction above on Twitter.

"This is a significant and meaningful day for all of us at Oakland Hills," said Rick Palmer, the club president.

"The commitment of two US Opens as well as four top amateur championships is a testament to the fabulous work of everyone at Oakland Hills. With a total of eight USGA championships coming to our club starting in 2024, we can’t wait to add to our storied history.

"We look forward to continuing our championship golf tradition at Oakland Hills and our long-standing relationship with the USGA."

Oakland Hills has already hosted the US Open on six occasions. This will come as great news for a place that was recently hit by a devastating fire.

In February, the clubhouse was surrounded by flames and the roof eventually collapsed. Several fire units responded to the incident and one fire official described it as "almost a total loss."

Next Page: Tiger Woods course redesign in jeopardy due to environmental issues