PGA Tour to charter planes for players and caddies 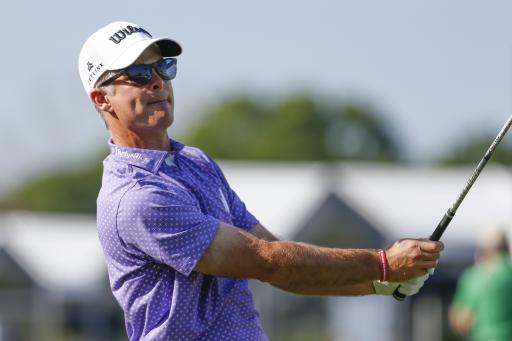 PGA Tour pro Kevin Streelman has told Golfweek that the cirucuit is planning to charter planes to transport players and caddies between tournaments during the coronavirus pandemic.

The PGA Tour will resume its schedule at the Charles Schwab Challenge from June 11 to 14 at Colonial Country Club in Texas.

"There will probably be four, five, six of us who will split a plane to get to Colonial," Streelman told Golfweek at the Scottsdale AZ Open Pro-Am on Monday.

"The Tour has chartered planes, like big ones, for all the players and caddies in between events, trying to keep our bubble nice and tight."

Following the first tournament in Texas, the PGA Tour will then move to South Carolina, before progressing to Connecticut and then Detroit.

The PGA Tour has confirmed that all four of these tournaments will be staged without fans, and there is strong possibility that this will remain the case for the rest of the season.

"It’s going to be different for sure," said World No.91 Streelman on playing golf without spectators behind the ropes.

"It’s necessary and the priority is getting good competition, have a nice TV product for our fans, that’s definitely the priority.

"But, the leaders are going to miss that excitement. My favorite memories are being in the heat, seeing what you got, hearing that electricity roll around a PGA Tour event on Sunday afternoons, as we know here (at the Waste Management Phoenix Open), the craziness. … to me, that’s part of what do it for."