Golf rules: Did you know about this UNIQUE rule that lets you re-tee your ball?!

This is definitely helpful for us amateur hacks... 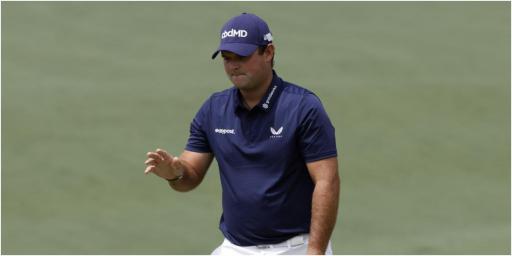 Playing my usual Sunday roll-up this weekend I saw something pretty embarrasing.

Granted, I have done this before but it got me thinking.

The player in question made a stroke at the ball on the tee box and completely whiffed. He did laugh at what he had done.

Barely striking the ball, his battered and probably found Titleist ProV1 remained in the teeing area.

But did you know that you have a variety of options under Rule 6.2b(6).

What you need to know:

Obviously, you still need to count the stroke you made at the ball with your first, hopeless swing, but under this rule, you're able to re-tee the ball and hit your second from the tee box in the same way.

It could no doubt save you from embarrasment and the struggle of having to play at the ball again on a long par-4 from the deck from the tee box.

This rule certainly helpful for us amateur hacks.

golf rules
rules of golf
Tiger Woods
R&A
USGA
tee box
Previous
From bays to fairways, get your golf game COURSE-READY at Topgolf
Next
The LPGA Tour Q-school has finished, but who earned their cards for 2022?

PGA Tour
Paul Casey's bad break at The Players: Time for this rule to be changed?
PGA Tour
Did you know about this golf rule Rory McIlroy used at The Players?
Golf news
Golf rules: Did you know this about raking the sand after your shot?
PGA Tour
WATCH: Kid causes mayhem as he drives cart into crowd at Phoenix Open
Golf news
Frustrated golfer FED UP of three-putting drains putt using prosthesis!