Rory McIlroy has taken the time to show his fan his "off balance" trophy room after returning to the World No. 1 spot with his 23rd PGA Tour victory. 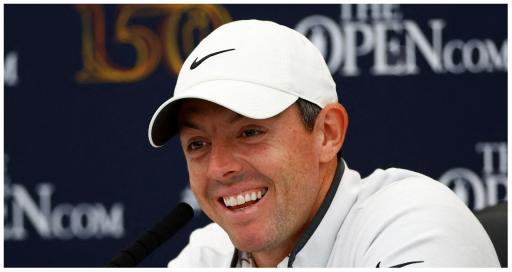 Rory McIlroy decided to show off his ridiculous trophy room this week after returning to the World No. 1 spot.

McIlroy, 33, rose to the summit of the Official World Golf Ranking for the ninth time in his career with victory at the CJ Cup at Congaree Golf Club in October.

The victory marked a year where McIlroy returned to consistent form despite enduring another season of disappointment in the majors.

Related: Rory McIlroy's caddie has four words for what comes next

We think he's deservedly the best player on the planet despite the amount of critics he has. One pro recently labelled McIlroy a "cry baby".

McIlroy is now a three-time FedEx Cup champion. He picked up a cheque for $18m after winning the Tour Championship in dramatic style.

His final round of 4-under 66 at East Lake was enough to finish two clear of Scottie Scheffler, whom the Northern Irishman has now dethroned.

McIlroy is now taking a little bit of time away from the game to relax before finishing off his 2022 with the season-ending DP World Tour Championship.

He will attempt to win the points race on the European-based circuit for the fourth time when he tees it up at the $10m DP World Tour Championship at Jumeirah Golf Estates in late November.

That's not to say that he hasn't been busy as TMRW Sports - the venture he owns with Tiger Woods - has announced a host of sports stars as investors.

Elsewhere, it has been confirmed that McIlroy will team up with the 82-time PGA Tour winner for the next instalment of The Match.

Woods and McIlroy will take on Jordan Spieth and Justin Thomas.

The Match will be held on 10 December at Pelican Golf Club in Florida. It is expected to start at 7pm under the lights, with the match going 12 holes.

But back to McIlroy and his simply ridiculous trophy room. Just look at this flex:

McIlroy even teased us with: "Guess I'll need to win another."

Can we also just appreciate the fact that there also looks like there is a lego version of the Ryder Cup on his shelf.

It has been more than an interesting year off the course for McIlroy, who has taken centre stage in the LIV Golf versus PGA Tour drama.

It appears that McIlroy is hoping things will settle down in 2023 though, as he recently claimed this "us versus them" mentality had "gotten out of hand".