Rory McIlroy or Gary Woodland: Who hit the best STINGER in Kapalua?

Rory McIlroy has proven to be someone who loves a stinger at the tricky 13th hole at the Plantation Course, but which player hit the best low burner? 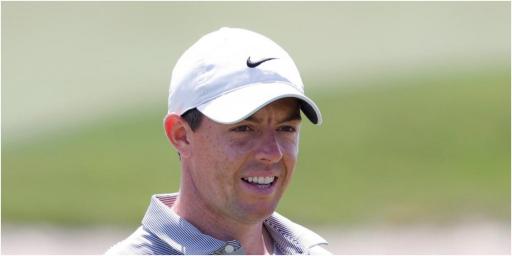 Hitting a stinger like PGA Tour pros Rory McIlroy and Gary Woodland is something we'd all love to do.

It's a pretty difficult shot to pull off and even if you get the ball position correct a lot can still go wrong.

The PGA Tour is in Kapalua this week and the 13th hole at the Plantation Course is an inviting hole to hit a low fizzer.

It has been described as the "longest 400 yards" in golf and players are usually hitting straight into a prevailing wind.

Meaning, a low burner towards the trap at about 225 yards away is an ideal shot to play.

Of course, there are a number of players who have decided to hit low ones down there this week.

Related: Boy hits a stinger but ends up hitting the person next to him

Related: Gary Woodland has a strop at WGC-Workday

Skratch have decided to round up some of the best stingers we've seen down the years.

First up is Niemann who sends one out low with his driver, his back twisting like a contortionist.

Then Woodland uses a long-iron to send out one of his trademark stingers.

Thomas gets his hands in a very high position but still sends one out crazy low.

McIlroy also appears to be a particular expert in this area.

While Schauffele's loose and free-flowing stinger unfortunately ends up in the trap.

"Joaquinn gives me back problems whenever I see him," one person commented.

"I could watch that first one on repeat," adds another.

Another said: "Xander just chipping it and getting 158mph ball speed..."

The 13th hole at Kapalua has been described as "the longest 400 yards in golf".

Off the tee, it slopes down into a gully that is approximately 130 yards from the green.

Oh, and the wind is directly into your face.

For your second shot, the players will have to hit it sharply uphill into the wind.

The bunker in the middle of the fairway is only 225 yards away but it gives the players headaches.

The green itself is severely contoured.