Tiger Woods and Charlie made 11 birdies in a row in the scramble format but came up short at the PNC Championship. 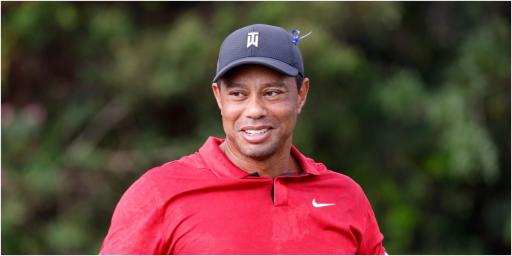 There was a moment during Sunday's round at the PNC Championship where Tiger Woods fist-pumped.

It was brief. But it was there. Tiger Woods getting revved up on a Sunday and on the prowl, with his son alongside him.

For the majority of the week a relaxed Woods smiled, laughed and gave his son some knuckles after draining another birdie putt.

But during the back nine on Sunday in Orlando, Woods began to cut more of a serious figure. He and Charlie wanted to win. Badly.

Their ridiculous run of birdies from 7-17 on their way to a thrilling 57 was entertaining viewing to say the least.

Speaking to the media after coming up short against Team Daly, Woods said:

"The competitive juices, they are never going to go away. This is my environment. This is what I've done my entire life. I'm just so thankful to be able to have this opportunity to do it again. Earlier this year was not a very good start to the year, and it didn't look very good. But the last few weeks, to push as hard as we have the last seven months with taking no days off and just working our butts off each and every day, and to have this opportunity to be able to play with my son and to have these memories, for us, for both of us, our lifetime, it's worth all the pain."

Where Woods goes from here will be interesting to see, but it's likely his next public appearance will be as host at the Genesis Invitational.

Much will be discussed in the coming months about how he handled this week physically.

Of course, the hands are still there. The touch and the feel. Pitching around the green is not a problem.

The speed he generated with his new TaylorMade driver looked awesome. He even hit one past Justin Thomas at one point.

Yet Woods, 45 and soon-to-be 46, wasn't able to walk all that much. It soured the week for him but he accepted it as an unfortunate reality.

He did however, walk the final 200 yards up 18 alongside his son before the both tried to chip in and make eagle.

It wasn't to be but now Woods will turn his attention back to rehab. There are no days off.

Getting the stamina back up so he can walk 18 holes for five straight days and play elite level golf will be very tough.

But who would bet against him?

John Daly and John Daly II (he's no longer Little John) proved to be fitting champions despite raining on the Tiger parade.

Asked whether or not Woods felt he got better physically as the week went on, he said:

"I wouldn't say "better", I think I had a better sense of my feel of what I could do, the shots I could hit. If you noticed out there, I didn't really play a whole lot of draws. If I did they were all short irons.

"Most of them were just hot cuts or slappy cuts up there, you know, something out there. The hardest part for me was that - what I saw distance wise and what I felt on my last look - I always play by my hands and my last look, it didn't match up a lot of times. I was short. And then a few times, I actually hit it solid and I smoked it over a couple of greens.