"One of the best value-for-money putters on the market." 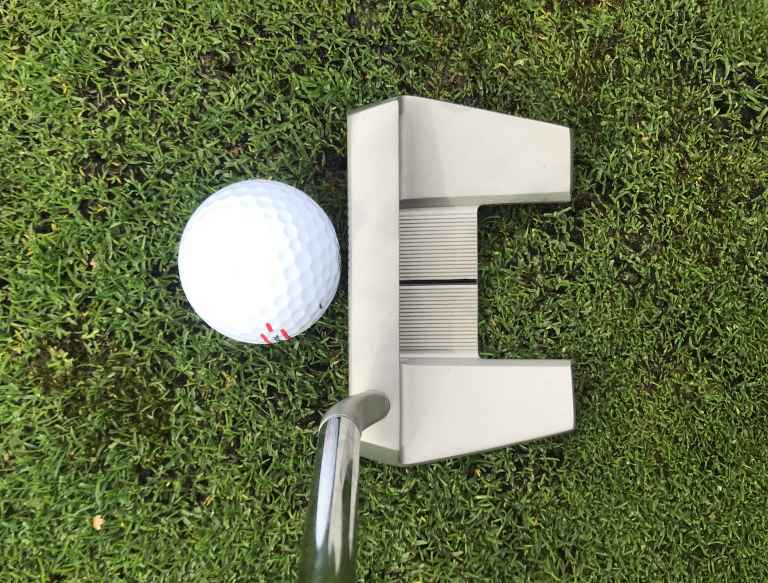 Without doubt the flagship model of the Huntington Beach SOFT collection, the #11 is a slant neck mallet with two stability wings that instantly oozes confidence as soon as you set the putter head behind the ball.

But it's when the putter is put through its paces that it really stands out.

That was paramount during our testing session of the Huntington Beach Soft 11 putter.

We received a superb soft feel strike after strike, and fantastic distance control on a range of putts from 10 feet, 30 feet and 50 feet. The best part was that even on strikes that weren't quite out the centre still travelled nicely up to the hole.

A total of 20 putts were taken from within 10 feet and six of them were holed.

From 30 feet, we holed three of 20 putts and the remainder all finished with a two-foot circle around the cup.

Of the putts taken from 50 feet, we drained one beauty right in the centre but despite missing the other 19, they all finished within three feet of the cup - and let's be honest, you would always settle for a two-putt from that range.

When it came to putts from the must-make three-foot range, we holed 19 of 20 putts which we'll take every single time.

One of the best premium value-for-money mallet putters on the market right now at £100.

It not only instils ample confidence when placed behind the ball with its simple but effective alignment aid, but it rolls the ball truer than any Cleveland putter we've ever tested before.

The putter really excels when it comes to distance control, and even squiffy strikes still travelled nicely up to the hole. It's a very forgiving putter.

Cleveland's soft 304 Stainless Steel (which is 51% softer than 17-4 Stainless Steel) and deep CNC face milling in this putter provided us with exceptional feel and lots of confidence to be as aggressive as possible on the short putts - that was reflected in draining 19 of the 20 putts we took from within that must-make three-foot range.

Well worth a look if you're a mallet putter fan who doesn't want to burn the pocket on something at the top end of the market. This one will do the job, and then some.