Rory McIlroy falls short again but reaches World No.2 at US Open

Rory McIlroy gave himself too much to do on the back nine in the final round of the US Open, making yet another major top-10 but falling short of his fifth career major title. 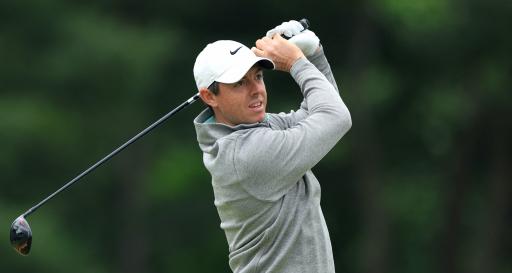 It feels like groundhog day again when we are discussing another near-miss in a major championship for Rory McIlroy, but he was at peace with his week at the US Open in Brookline.

McIlroy began the final round at The Country Club three shots behind Matt Fitzpatrick and Will Zalatoris and it was a case of two steps forward and one step back.

Related: Rory McIlroy proves why he's such a class act after Matt Fitzpatrick's US Open win

He made us dream on the 1st hole when he holed a 25-footer for a birdie. But he made three birdies and three bogeys in his first seven holes and the 33-year-old cut a frustrated figure.

Despite continuing his superb putting performance which had been consistent throughout the week, McIlroy hadn't gained any ground on the leaders and this was the story of the day.

Again, he gave the fans a glimmer of hope on the 14th and 15th holes with back-to-back birdies to reach 2-under, but this was as low as he could go.

An up and down final round for Rory McIlroy rolls on with a birdie at the sixth. #USOpen pic.twitter.com/K0Qzjsl9Vm

It's a missed opportunity yes, but what a season McIlroy is having in 2022. He has won the CJ Cup and the RBC Canadian Open to reach 21 PGA Tour wins and he has made three top-10s in three major appearances this year.

Importantly, the Northern Irishman is up to second in the world rankings and he is edging closer to the World No.1 spot which he last held at the Travelers Championship in 2020.

"A bit of a roller coaster on the front nine, bogeys and birdies. Got off to a great start. Sort of feel like there was a couple of holes out there this week that were my nemesis, the 3rd being one of them," McIlroy said after finishing tied fifth on Sunday.

"Yeah, it wasn't that easy out there. Obviously, there were a few good scores, but I needed to shoot a 65 or a 66 to get the job done today, and I just wasn't quite on it enough to do that. I still feel like I played well and shot a solid round of golf, but just not quite good enough to contend."

He told the press that he will play at the Travelers Championship next week and take a rest before heading to St. Andrews for the 150th Open Championship.

It'll be one last shot at glory for McIlroy and to end his major trophy drought of eight years. He came tied third when he last competed for the Claret Jug at the home of golf in 2010.