Play was suspended early on day one in South Africa due to a weather warning. 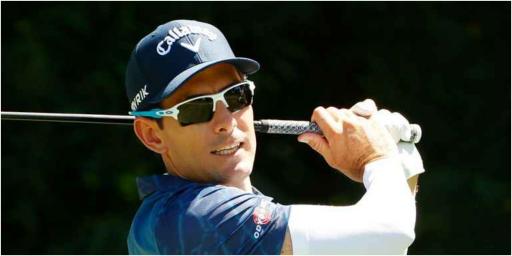 South Africa's Dean Burmester hit the first ever tee shot of the DP World Tour at the Joburg Open but after 18 holes it was a young Spaniard who was out in front.

Earlier this year DP World and the European Tour group announced a ground-breaking evolution to their long-term partnership, with DP World becoming the new title sponsor of the groups main tour from 2022.

Burmester got the action underway at around 6.30am in South Africa, which is one of 27 countries that will feature on this global tour over the next 12 months.

"A great partnership and what a great name, DP World Tour," Burmester, 32, said. "It's a world tour and what an honour to be able to hit that first tee shot.

"I think everybody here is going to be over the moon with the start of it and what better place than back home in South Africa for me."

Here at Randpark Golf Club in Johannesburg, 18-year-old Angel Hidalgo carded one of the best scores of the day signing for 6-under at the par-70 layout. Hidalgo made the turn in 1-under but four birdies and an eagle down the stretch saw him pull away.

Dylan Fritelli is also going well through 18 holes, as is Zander Lombard who both signed for 4-under. England's Dale Whitnell, Ross Fisher and Ashley Chesters have also started well, all signing for 3-under.

Chesters fired a bogey free round.

Perhaps one of the most interesting talking points in round one came from South Africa's JC Ritchie, who made a hole-in-one at 17 and thought he had won a Jaguar F-Type, but the offer was only available at the weekend.

Play on day one was suspended due to bad weather at 5.30pm local time.