Jon Rahm has won the 2021 Seve Ballesteros Award after a year in which he claimed his first major title. 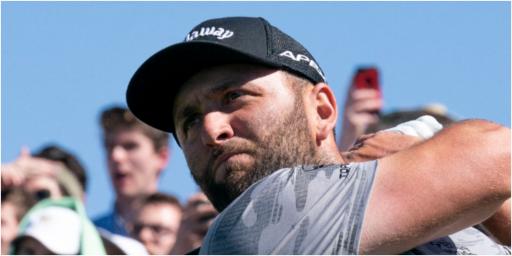 It means the 27-yearold Spaniard has picked up the accolade for the second time in three years.

His incredible 2020-21 season saw him win his first major championship, the U.S Open at Torrey Pines, and become the world number one.

He became the fist Spanish player to win that tournament and just the fourth from his country with his one-stroke win over Louis Oosthuizen.

Rahm finished as Europe's leading points scorer in the Ryder Cup. He also had top-10s at the Masters and US PGA Championship.

"Winning anything with Seve's name on it is a huge honour for me," Rahm said, who also notched 15 top-10 PGA Tour finishes.

"As is the fact that this is voted for by the players of the DP World Tour.

"It is very unique to be recognised by your peers like this.

"It is a true honour to be able to win this award for a second time and hopefully I can continue to make the DP World Tour proud.”

Rahm's season could have been better. He had a huge lead at Memorial but had to withdraw thru 54-holes after a positive COVID-19 result.

Rahm spent more than half the year as the world number one. He is the favourite to win the 2022 Masters.