Antoine Rozner won the inaugural playing of this tournament in 2020 and he holds a one-shot lead after 36 holes this week. 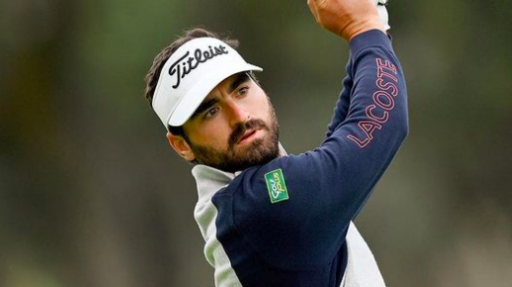 Antoine Rozner shines once again in Dubai as he took the lead at the halfway stage at the AVIV Dubai Championship on the European Tour.

After his superb score of 7-under-par on day one on the Fire Course at Jumeirah Golf Estates, Rozner started well on Friday with a birdie on his first hole and another on the 7th hole.

He was two shots behind Denmark's Joachim B. Hansen, who opened with a 63 on Thursday, but the Frenchman made six superb birdies in his final nine holes.

This took the two-time European Tour winner to 15-under-par for the tournament and one shot ahead of Hansen and Francesco Laporta on 14-under-par.

RELATED: "LAST YEAR IT WAS A LITTLE DIFFICULT": MATTHEW WOLFF OPENS UP ON THE BLACK DOG

Rozner won this event last season in its inaugural year by two strokes ahead of a group of four players in second place, one of them being the Italian Laporta.

Tommy Fleetwood, who came seventh at the Alfred Dunhill Links Championship, is threes shots behind Rozner after two rounds in Dubai.

The five-time European Tour winner began with a bogey on his second hole but he put this behind him with 7 birdies, including five of them in his last eight holes. He shot his second 66 of the week to sit on 12-under-par.

The man from Southport leads the English charge alongside Paul Waring who is also three shots behind. Paul Casey is on 8-under-par after 36 holes following his second-round 68.

Prior to the tournament, Casey spoke about his excitement for the new DP World Tour which is set to replace the European Tour at the beginning of the 2022 season.

Casey won the Omega Dubai Desert Classic back in January, but now he is seven shots behind Rozner with the weekend to play.

2021 European Ryder Cup captain Padraig Harrington is one shot better off than Casey on 9-under-par. The three-time major winner has shot rounds of 68 and 67 on the Fire Course this week.

NEXT PAGE: COULD YOU DO THIS ON THE PRACTICE RANGE? HOW STABILITY DISCS CAN HELP YOUR GAME

european tour
antoine rozner
Tommy Fleetwood
aviv dubai championship
Paul Casey
Previous
Could you do THIS on the practice range? How stability discs can help your game
Next
Sean Foley was mocked for using TrackMan, now he keeps TRIPPING over them