Eddie Pepperell, who began the day one shot behind the leaders on Friday, shot a 4-under-par 68 to take the lead at the Belfry. 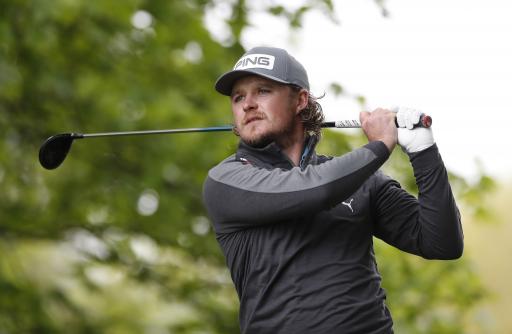 Eddie Pepperell leads the Betfred British Masters heading into the final round at the Belfry, after shooting 4-under-par on Friday.

Pepperell, who began the day one shot behind Robert MacIntyre, Calum Hill and Richard Bland, made a solid start with two birdies in his first four holes.

The Englishman made his only bogey of the day at the par-4 8th hole, but continued his solid round with three more birdies on the back nine to post a score of 68, finishing on 10-under-par.

The 30-year-old hasn't enjoyed his finest form of late on the European Tour, with his last top-10 finish coming at the BMW PGA Championship in October, but he won the British Masters in 2018 and clearly excels at this tournament.

A host of players sit one shot behind Pepperell, including the Scotsman MacIntyre who co-led overnight. The 24-year-old didn't make as many birdies on Friday as he did in the second round, but he still shot 2-under-par to remain in contention.

The World No. 45, who averaged over 300 yards off the tee in the second round, posted a 70 on day three at the Belfry to sit alongside five other players on 9-under-par.

Tournament host Danny Willett began the day four shots behind the leaders and he made a scintillating start to his third round, carding five birdies in his first six holes.

Unfortunately for the 2016 Masters champion, he made three bogies in his next five holes and he finished on 7-under-par for the tournament, three behind Pepperell.