After an eventful first round in Wales, Nacho Elvira shot 4-under-par to keep his lead at the Cazoo Open with 36 holes remaining. 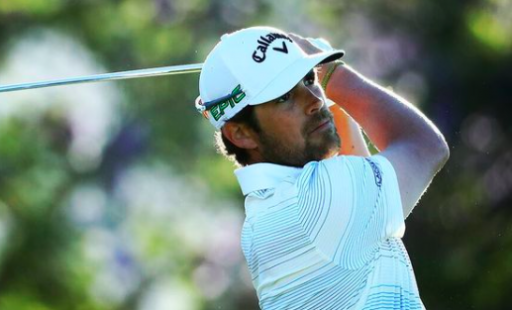 Nacho Elvira remained firmly in the hunt for his first win on the European Tour on Friday, keeping his two-shot lead at the Cazoo Open.

Having led the way after the first round at Celtic Manor Resort in Newport alongside Vincent Norrman, Elvira kicked on with birdies on the 6th and 8th holes.

Despite a bogey on the 17th hole, the Spaniard added four more birdies on his back nine to finish with a 67 and to reach 11-under-par for the tournament.

Elvira has struggled on the European Tour in recent years. He has not made a top-10 finish since the Maybank Championship in 2019 and he has plummeted to 694 in the golf world rankings.

The 34-year-old holds a two-shot lead heading into the weekend over Norrman and he is four shots ahead of strong tournament favourite Matt Wallace.

Wallace arrived in Wales this week with good form on the PGA Tour and a 3-under-par 68 has kept him in contention at the Cazoo Open with two rounds left.

The Englishman had been six shots behind Elvira on 5-under-par with one hole of his second round remaining, but a great eagle on the 18th hole propelled him into outright fourth place.

Wallace has four wins to his name on the European Tour, but his most recent victory came at the Made in Denmark in 2018, so he will be looking to win his first event in three years.

Fellow Englishman Sam Horsfield is a further four shots behind Wallace on 3-under-par.

NEXT PAGE: JEONGEUN LEE6 TIES LOWEST ROUND EVER AT MAJOR TOURNAMENT AT EVIAN CHAMPIONSHIP