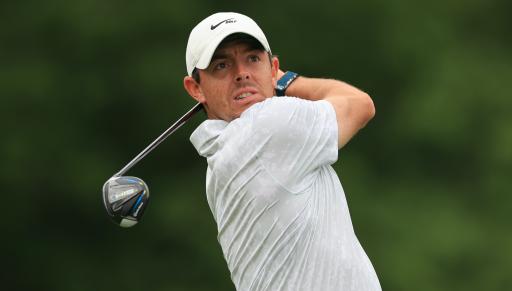 Rory McIlroy has confirmed his place at the Irish Open in July, which will be played at Mount Juliet in Kilkenny.

McIlroy will join fellow Irishmen Padraig Harrington, Graeme McDowell and Shane Lowry at the event which was last won by John Catlin in 2020.

The Northern Irishman hosted the event from 2015 and 2018 and he also picked up a memorable three-shot victory at The K Club in 2016.

"I am really excited to get back and play the Irish Open," said McIlroy.

"I have so many incredible memories of this event down the years, not least my victory in 2016, and I think it is going to be a pretty special week this July with the fans returning. I'm really excited to play in front of them again."

The four-time major champion missed out on last year's renewal of the Irish Open which was held at Galgorm Castle, where the American Catlin won by two shots from Aaron Rai.

This year's Irish Open will be the first of seven consecutive events on the European Tour that are going to be held in Great Britain and Northern Ireland.

There will be one event held in Northern Ireland, one event in Wales, two events in Scotland and two in England, one of which is the Open Championship at Royal St. Georges.

Although McIlroy won the Wells Fargo Championship in May, this was his only top-10 finish in his last seven events so he will be hoping to find better form heading into the week in Kilkenny.