Lee Westwood was involved in a war of words with this prominent critic of the Saudi golf league. 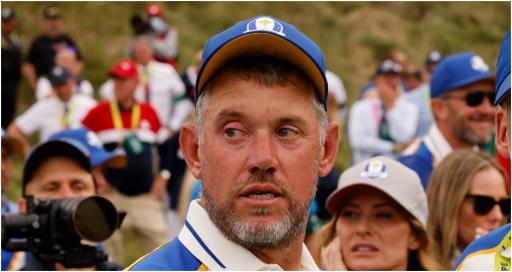 Lee Westwood took aim at a golf writer earlier in the week about the now-confirmed Saudi golf league.

It all began when one former PGA Tour caddie, Michael Collins, posed a question he was asked about the Ladies European Tour event in Saudi Arabia.

Where was all the angst and outrage at Hall and the rest of the field playing in Saudi Arabia, Collins said he was asked.

Lynch, in particular, has written some scathing editorials about Phil Mickelson, Greg Norman and money coming directly into the game from Saudi Arabia.

We'll let you judge for yourself what you think of all this. Last week Norman confirmed the LIV Golf Invitational Series will begin in June.

Westwood has been rumoured to have been approached to participate. He has never spoken in public about any of this. He admitted he had signed an NDA.

The Ryder Cup legend for Team Europe previously was involved in a bit of a spat with Beall.

No player has publicly confirmed that they will take part in Norman's league. The first event will be played at Centurion Club.

This is what happened:

A friend asked me, "Where was all the angst and rage about Saudi golf when LPGA Tour players and stars played there last week? They took the money just like the guys and no one was screaming about them. Hell, they put it on tv!" I didn't have an answer for my friend. Anyone?

Maybe there's a difference between need and greed.https://t.co/vfkxI5ePqJ

Ahh i see. So your employers the @GolfChannel must have “needed” to show the ladies and mens tournaments from Saudi. Looking forward to your next appearance on @GCGolfToday where you admonish a severe reprimand or even quit in disgust?

Surely even you can grasp that legal contracts to broadcast various tours might pre-date the creation of Saudi events on those tours? But don't let that keep you from muddying the waters to excuse Saudi abuses for your own purposes.

Such a disappointing response but you’ve clearly stated that if you need it then it’s ok regardless of source. We can all see who butters your bread Eamon. Hypocrisy at its finest.

I said there's a difference between a tour going there & leaving members little option (as with the LET) vs. an individual on a lucrative tour opting to work directly for a regime that beheads critics, then making shameless excuses for it. But I defer to your expertise on that.