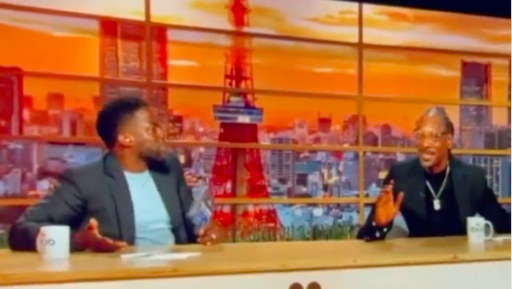 Golf has been blessed with some incredibly gifted commentators and broadcasters down the years that have graced both the PGA Tour and European Tours.

From Jim Nantz to the late, great Peter Alliss, a number of legendary voices have filled our ears with wisdom and they will continue to do so for years to come.

However, a clip was recently posted on social media of popular rap artist Snoop Dogg and comedian Kevin Hart providing some, shall we say, alternative commentary for the men's golf event at the Olympics.

Before you watch the video, I will make you aware of the strong language used by both men.

It was great to see the American pair involving themselves in our great sport and the commentary that they provided was nothing short of hilarious.

Hart, who has also appeared in a number of comedy films, questioned why golf commentators tend to whisper and speak quietly even though they are sat in a booth.

Hart may raise an interesting point, however, we all know that this quiet style of speaking adds to the tension and drama of the tournament.

"This... but with Phil uncensored," one fan said.

"I'd watch anything with these two commentating," one fan commented.

"Now that would make golf more entertaining," another fan said.

"In the god damn hole!" another fan commented.

"Put these two on the next Major broadcast!!" one fan said.